You could notice that many NASA photographs of spacecraft often feature items wrapped in golden foil. Obviously, it is used for insulation. But why NASA uses gold? And how does it work? As it is known, in space there is solar radiation, which affects the Earth’s atmosphere and is the main source of energy for all the processes in nature.
On the graph below you can see the intensity of radiation according to the wavelength, notice that peaks are in the visible spectrum (separated by dashed line), although there is also a large portion of the radiation in the IR and UV ranges . 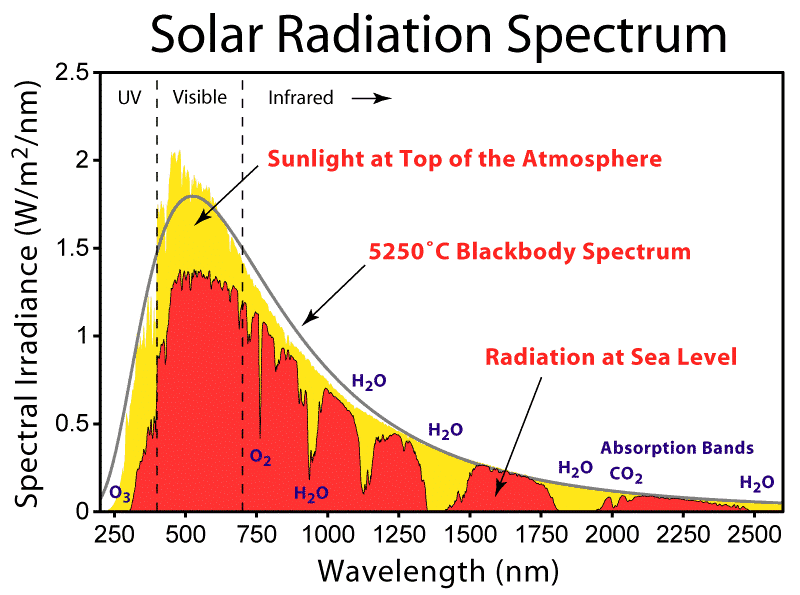 Therefore, it is necessary to protect the equipment which should work in space against the most IR radiation. Exactly that’s why some parts of the spacecraft are wrapped in a metal heat-insulating “foil”. Typically, these “reflectors” are made of aluminum, silver, copper or gold. However, gold is widely used in the aerospace industry. The graph below shows the change of the reflection coefficient for each of the metals depending on the wavelength: 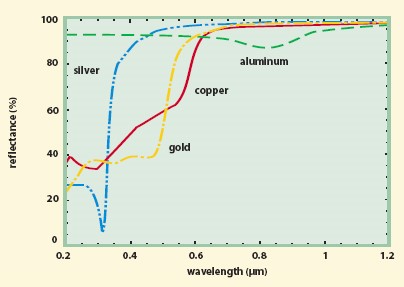 All four metals work well reflecting infrared radiation (wavelength greater than 700 nm), the ratio is close to 100% for a wavelength of 700 nm. So why is it necessary to use expensive gold? That’s because, unlike copper or silver, gold does not corrode (for the same reason it is widely used in the manufacture of printed circuit boards). Moreover,gold is easier to work with than aluminum (remember what happens with the aluminum foil if you fold it and then unfold). By the way, in general, the “gold foil” you see on puctures consists not only of gold. This is actually metallized multi-layer film and different details of the spacecraft are covered with films of different kinds, depending on the requirements. 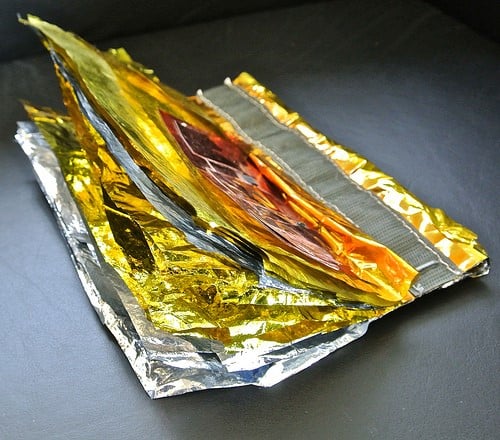 Often the film is made of so called kapton, which in turn is comprised of a thin layer of gold, aluminum and silver. The last two can give a golden color with a very thin sputtering. Usually usage of several layers dramatically improves the strength of the coating. You can find more information about the coatings here.

A good example of gold plating technology application is modern spacesuit: filters in helmets are made of polycarbonate plastic (protection from UV radiation), also covered with a thick layer of gold which is enough to protect the astronaut from solar radiation. 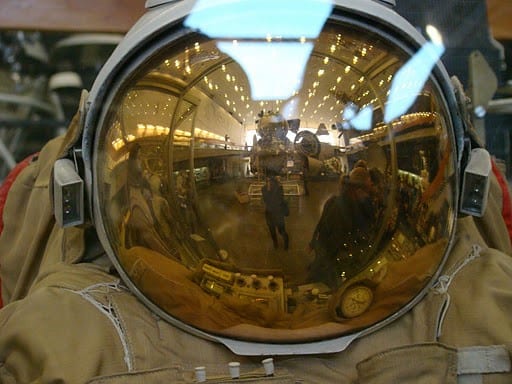 As a result, these filters permitno more than 35% of the sunradiationthrough, thus fully protecting the eyes from external influence of infrared radiation, which is outside of the visible spectrum andcan cause irreparable damage of eyesight unnoticed. “Gold Filter” blocks almost all UV and IR radiation and approximately 60% of the radiation in the visible spectrum.

Incidentally, this “foil” is used in caving for self-escape (it allows you to keep warm and avoid hypothermia in critical situations). It is called “space blanket“. 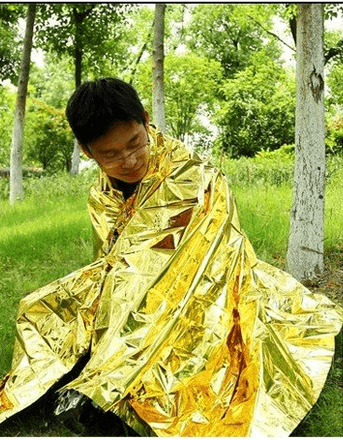 Amongvariety of available items and methods of using the “space blanket” there’s one outstanding product, which became something more than a metallic cover. It is about the so-called Fire Shelter – a means of self-escape in forest fires. The multilayer structure of the bag comprises a layer of silica and fiberglass. It’s worth mentioning that since 1977 the Forest Service firefighters are obliged to wear this ‘last-ditch measure for survival’protective bag.

And at last, here’s another application of gold foil. 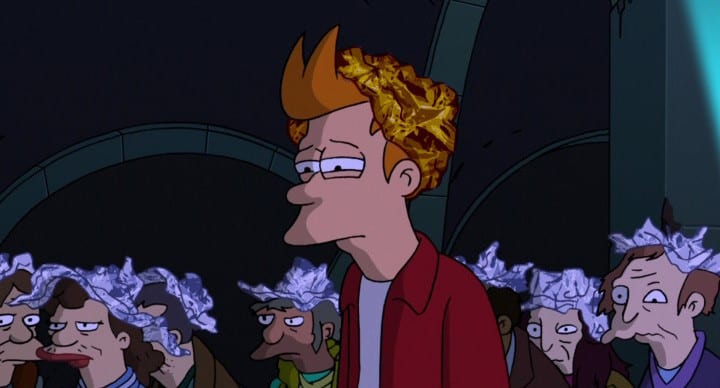