Language is the source of misunderstandings. 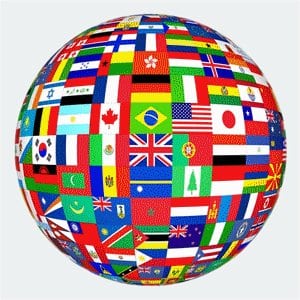 There are between 2,500 and 7,000 languages on the planet. But these figures are more than approximate, since the exact number is not known to anyone due to the absence of a unified approach to the allocation of the dialects of the same language and conventions of the differences between different languages. Similarly, there is no single approach to the languages classification. The most popular is genealogical classification based on the historical relationship of languages ​​that appeared from the same source – the parent language. Under this approach, languages ​​are divided into language families, which in turn are divided into close to each other groups of languages.

Below the most common languages ​​in the world and the approximate number of their speakers are shown.

Subjectively, we believe the new language is more difficult, the more variations it has and the less similarity (analogy) as compared to the native language or with a well-known foreign to us. The fact that the ease or difficulty of the language is subjective concept, will be more evident if we think that learning a foreign language, we tend to extrapolation, that is, to the unconscious, instinctive transference of forms and means of the native language on the target language.

Based on the difficulty of learning languages ​​can be divided into three levels: easy to learn, medium and hard. For people whose native language is English, these levels are as follows:

The most popular languages ​​to learn are (for English-speaking students):

In the study of languages, a lot depends on the individual student: for one it is easy, for another it may be irresistibly difficult. The higher the motivation (for example, the practical need for knowledge of the language), the faster and easier (ceteris paribus) is to study it.

You should pay attention to the requirements of labor market. Teachers of leading humanitarian universities believe that “with a view” over the next 10 years English, Spanish, Chinese and Arabic should be taught. English is easy and logical language. The boom of Spanish is because of demographic crisis. The reason is the increase of Latin-American population. Among the students there is an interest to Arabic language. What’s so surprising: it is currently spoken in more than 30 countries around the world…

Another important factor is the age of the student. Being a child, almost every language is mastered “playfully”. And at about 25 to 30 years, the efforts required to learn a new language, sharply increase. So if you are going to learn the language, proceed as early as possible! Starting to learn a new language after 50, if you are not super-professional, is unpromising venture. Efforts will be needed enormous, and the result will be minimal.