Quill as a writing instrument enabling people to cover paper with beautiful letters stopped capturing the world in 18th century. It happened when a man keen on penmanship came up with the idea of ‘metal quill’ and created a pen point. However, he failed to add the small split, so it splashed the ink all around. After this split was introduced some years later, cursive became more accurate. And finally handwriting has acquired its reputation of thin, spotless and quick craft owing to the invention of ball-point. So, today we have dozen of pens in our bag, but we can hardly demonstrate perfect writing skills, we’d rather say ‘my handwriting is awful, let me type this for you’. What happened to us? Let’s now look at history of handwriting to learn lots of interesting. 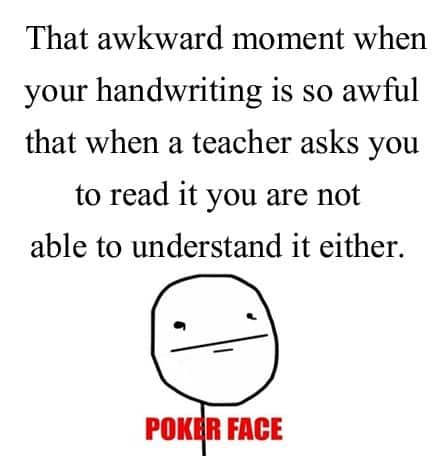 Firstly, handwriting developed as picture representation of words, ideas, or even the whole sentences, but this method happened to be confusing shortly afterward. Legend says, once Darius I (550-486 BC), the third king of Persian Empire, got message from Scythians with scribbled pictures of a mouse, a frog, a bird, and some arrows. He misinterpreted those as symbols of submission and obedience: animals were expected to stand for elements of the earth, water, and sky presented to Darius by nomads, while arrows meant that they handed over their weapon. As it appeared later, the actual message to the king and his people was to escape like mice, to jump away like frogs, or to fly away as fast as birds, otherwise Scythians would attack with all arrows they had in ammunition. So, Darius had some problems with those guys eventually.

Time passes, writing systems of hieroglyphs and letters flourish independently throughout the world.  Its techniques require special hand training to perform accurate movements with fingers and joints. Calligraphy turns into a form of art all over the world that is taught alongside with literacy from early childhood. In eastern countries, it is believed to bring inner harmony and tranquility, and even positively change individual’s behavior and temper.  Still, to experience its physical and mental influence, the writer needs expensive resources which are not up to everyone’s pocket.

However, rapid development of technology simplifies and accelerates writing. Rock and clay, wooden tablets, papyrus, and sheepskins are no longer needed after the wood-pulp paper is introduced. Ink remains in the world arena for a long time in different writing instruments evolving from quill to ballpoint pen in the late 19 century. László Bíró, a Hungarian chemist, is the first to patent the latter in 1938 in Paris, this is the reason first pens are called ‘biros’. The tool gains immediate popularity and becomes the best present to give to penmen. There’s only one thing that can beat the lot in terms of writing – a typewriter. This is another story to tell, but here you may learn more fancy things about it from us also.

Five centuries earlier arrives Gutenberg with his typing and printing press. We’ll take a second to praise his contribution. Done? Now, let’s also take another second to see the further inventions it has led to which are letter press printing and the aforementioned typewriter followed by keyboard and printer. These devices help to produce 45 trillion pages around the world annually. Thus, it seems that we can kiss goodbye to good old handwriting as we’ve been reading printed books for centuries and use pen only for writing letters (if we actually come to writing letters, not emails). We text, tap and type. Why to take notes of lecture if we can use the tablet/laptop, or take photo of the blackboard, or record teacher’s voice, or whatever else. But what waits for us on that other, digital side?

The technology leap made us accustomed to tablets and laptops, there’re only a few people to boast their beautiful cursive. However, quite a lot of us wants to improve it but don’t know how. It’s worth mentioning that in adults, it has been proven to help to boost memory (in case you lose the note where something important has been written, you are more likely to remember it) and the ability to understand concepts. Small motor skills are better developed as well.  So, to master this art, you have to analyze your personal writing manner and see what can be done about that. Further steps are not that difficult, so let’s come closer to them. 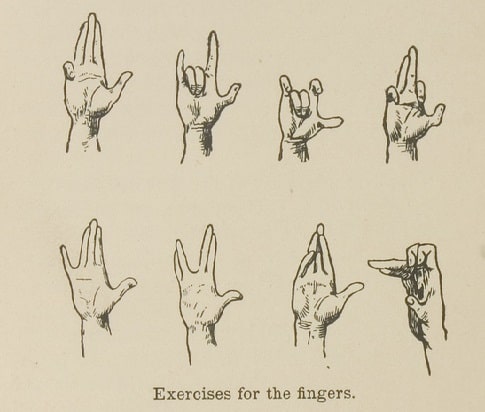 Watch yourself. Check how you treat the pen: whether it moves easily or it requires enormous effort, and you push, and push, and push until your hand is tired in few minutes. The latter is undesirable, no matter whether you press the pen with fingers or with an arm, try to relax your hand while writing. Remember, your fingers and wrist should move very little. Wait, don’t scroll to the next step, see more. Apart from relaxed writing practice, you may train your hand (shake your arms, press, rub and massage) anytime to strengthen necessary muscle groups. It will not only help to make holding a pen simpler, but also will prevent you from thumb pain syndrome of daily texting.

You’ve already started writing some lines to check your habits, so let’s proceed. Look at your notes to define what you’d like to achieve exactly. Do you need to fix some letters in particular? Do you want to make your cursive clearer and more fluent? Do you aspire to impress somebody? Regardless of your problems, the way out is one and only – practice. Use each moment when you have to write something down to memorize it – do it longhand. Remember the phrase containing all letters of the English alphabet? The quick brown fox jumps over the lazy dog. Try to write it differently both in capitals and lowercase so as to see what you’re actually able to create. Next, try to copy some fonts from the internet. Choose the best one of those written by you and do your best to work it out and turn into a habit. You may practice it either by writing your own compositions, or by rewriting paragraphs of any book. You may take sample page to make letters equal in size.

Here you might notice that beautiful handwriting requires convenient tools, thus, pick a right instrument for yourself. What you have to seek for are:

You may examine lots of them: different sizes and textures, different nips and ink. But get the one which guides your hand, which you feel to be your fingers continuation. Having bought the pen, you know what to do: take it firmly, but in a correct way. Forget about these:

For those who don’t accept pens we have a digital option.  handwriting revolution – gadget that motivates people to write even if they haven’t been into this before. Stylus optimized for writing everything down makes computer recognize one’s symbols. Moreover, it is possible to draw pictures and graphs at the same time. Being quite a fancy device, it is good choice for parents who want to cultivate writing in their children, for unwilling students, for writers and artists. It is an affordable instrument that grasps your attention and becomes a good habit.

Don’t hurry. Rushed handwriting will bring neither accuracy, nor clearness.
Don’t throw away your drafts, they may be your example of ‘how to’ and ‘how not to’.
Don’t use uncomfortable instruments.

Write at least a paragraph per day. Your persistence will help you do reach the desired results. And don’t give up, the world, as well, hasn’t been made in one day. Good luck! 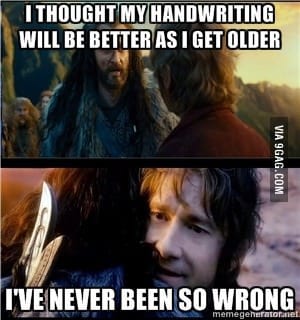