There are a lot of debates about how life evolved on Earth. Evolution is a process of consistent changes in different levels of life organization – from molecules to biosphere. A lot of experiments and analytical data that confirm this process. At the beginning of life on the Earth, evolution wasn’t a biological process. It was a complex chemical process with several inorganic, and, later, organic compounds. Scientists could reproduce the first chemical reactions that initiated the life on the Earth. How did life appear on Earth? Is evolution real? It sounds ridiculous but chemistry was the reason. How can this be confirmed? Let’s find out!

Several billion years of natural selection have lead to the development of a great variety of biological species. However, what was before? Biomolecules first arose by chemical evolution. According to the modern hypothesis, all biological molecules necessary for life were made up of simple inorganic compounds. Those, which could be present on the Earth before the appearance of life, are: 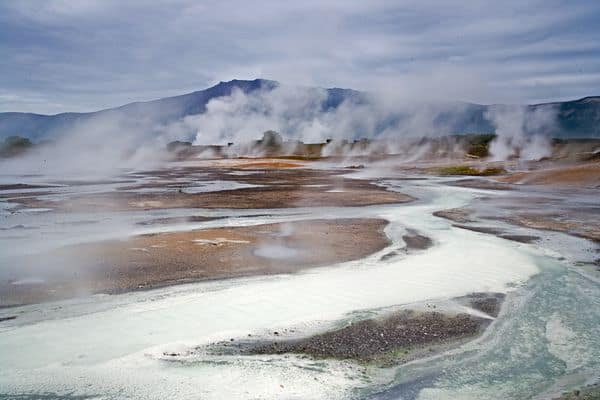 How can this hypothesis be confirmed? Any ideas? Scientists have conducted such experiments already. In 1953, Stanley Miller mixed gasses in a flask connected to a pair of electrodes that simulate lighting in the conditions of high pressure. Weeks after, the researcher analyzed the mixture and found carbon mono- and dioxide (CO and CO2) in the gaseous phase. Liquid phase contained several organic compounds: amino acids, hydroxy acids, aldehydes and hydrogen cyanide (HCN). In 2010, the products were reanalyzed using modern sensitive techniques. It was shown that there were composed 23 amino acids and some other simple compounds that could serve as building blocks for biomolecules.

Another hypothesis developed by Gunter Wachtershauser states that life appeared deep in the oceans in hydrothermal vents. He called it a “pyrite world” hypothesis. According to his thoughts, fixation of CO2 occurs on the surfaces of iron sulfides (FeS) produced from the deep ocean volcanoes. This resulted in the production of more complex organic compounds:

This reaction was confirmed by a researcher. Pyrite surface could catalyze the reaction of formation of amino acids, nucleotides and their chains.

High temperature (about 100° C) is considered to be one of the most important conditions for life development. Though such temperatures can kill most of bacteria and almost all viruses, this catalyst is ideal for the chemical reactions occurrence. Recently, particular ancient microbes (Archebacteria) were found in the in Yellowstone Park geysers. Now, scientists are almost sure what life began with. 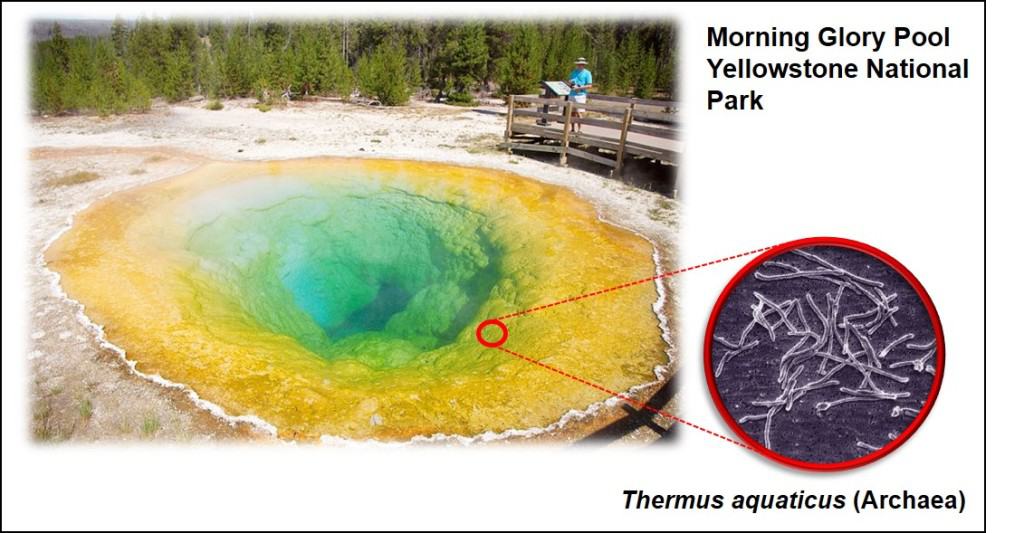 Imagine that all necessary organic molecules have been already created. The ocean contains enough concentration of aminoacids, nucleotides, organic acids. How can we move from chemistry to biology? How can cells be created? Wetting-drying conditions of tidal pools could be ideal for the formation of the first cells. Dehydration-rehydration reactions and concentration of the substances and salts could cause the formation of aggregates and formation of vesicles surrounded by a lipid bilayer membrane that forms cell membrane. Several vesicles could fuse together to form larger structures with separated inner and outer environments.

Let’s say, nucleotides and aminoacids are composed and surrounded with a membrane. Then how about genetic information? Scientists have the answer. They believe that the first molecule of life was RNA (ribonucleic acid). Polymerization of random nucleotides led to the formation of RNA molecules with different properties. Firstly, RNA possessed catalytic properties that could enhance the formation of peptides and proteins using amino acids as monomers. Second, RNA molecules could replicate themselves serving as a template and an enzyme. In this way, RNA produced DNA molecules with the complementary sequence. DNA is more stable. That’s why it was used to store information about nucleotide sequence.

Earth has formed around 4.5 billion years ago but the life on it appeared 3.5 billion years ago. As you see, chemical evolution is a source of life on Earth. This scenario is accepted in a scientific world, but is it really true? No one knows. We can only think, hypothesize and believe or distrust. All nature that we can see today is a consequence of unique chemical reactions and biological process that cannot be repeated once more. We must appreciate these things. Let’s try to save what nature has created during billions of years of evolution until it’s too late.