This year we celebrate the 55th anniversary of the first spaceflight.  Has the space become more available for the humankind since that time? Well, actually, it hasn’t. Let’s consider that we send the rocket with payload to the Low Earth orbit to maintain, say, the International Space Station. How much would it cost in US dollars per kilogram to send it on the Low Earth orbit nowadays? Let’s see what calculations we have.

Elon Musk, the CEO and CTO of SpaceX, says, “Yes, we can”. The main idea is to return the first stage of the rocket to the launch site and reuse it (in the future, the second one will be also returned and reused). The one and only disadvantage of this idea is that in order to return the first stage of the rocket we need to increase the amount of the needed propellant. In other words, the payload of the rocket decreases and we get so-called payload penalty. According to estimations of Elon Musk, the payload penalty for the Falcon rocket is equal to approximately 40%. 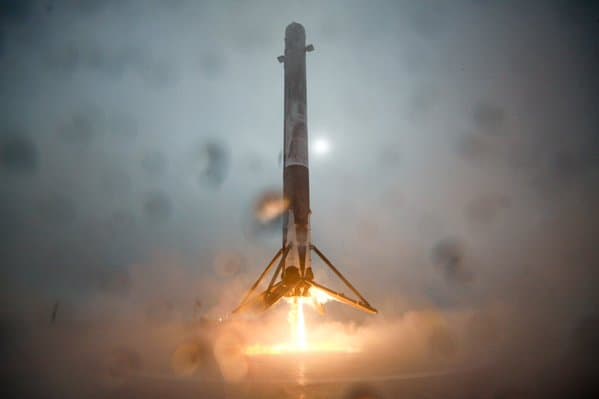 At first sight, this price is too high for the reusability. However, Elon Musk says that the propellant cost contains only 0.4% of the total flight costs. What do we get instead? Due to the breaking of the rocket’s engines, the first stage doesn’t need to use the thermal protection, because the rocket returns smoothly and there is no overheating of the rocket’s shell. Therefore, after the rocket and its engines state verification, we can reuse it again.

Though, SpaceX planned to apply reusable first stage for its heavy rocket Falcon Heavy, this does not prevent from providing the experiments for the safe return of the rocket on the light Falcon 9R. On December 22, 2015, the first launch of the Falcon 9 v1.1 was held. As reported by the New York Times, SpaceX successfully lands the first stage of the Falcon 9 v1.1 rocket after it launches the Orbcomm satellites into orbit.

Later, on January 17, 2016 the same rocket successfully launched the Jason-3 satellite into orbit. But this time, landing of the first stage of the rocket was not so successful. The first stage almost landed on the droneship but then one of the four landing legs didn’t latch and the first stage fell over and exploded. Despite this unfortunate failure at the very end of successful landing of the Falcon 9 v1.1, the first stage leaves hope that we can reach cheaper payload costs and therefore make space more available. Enjoy the animation of Falcon Heavy flight and let’s believe in progress!