Looking at the stars, some people frequently dream of developing new horizons, colonization of planets of the Solar System and their satellites, others dream of Mathew McConaughey. The rest of humanity plans the interstellar space traveling in a long-term perspective. Everybody believes the main problems during the space mission are the supply of air, food and water. We have bad news for you, all the astronauts will possibly be dead due to the lethal dose of radiation even before they get to the far planets. This will be caused by the cosmic rays.

Cosmic rays are fast-moving elementary particles with ultra-high kinetic energies up to 2 GeV. For instance, the acceleration potential difference in CRT electron guns is about 25 kV, which means the electrons energy is 25 keV. Such quick particles easily can penetrate through the ship cover and collide with the human body. As the energies are high during collision, our cells will be ionized; prolonged exposure can cause the acute radiation syndrome and death. Naturally, a person can protest and recall the flight to the Moon or aeronauts living at the orbit in International Space Station. It is true, however, we should always keep in mind the time while radiation impacts on the human body and, of course, its intensity.

A flight to the Moon takes obviously much less time than a flight to the Mars. Considering the ISS orbit, one can see it protected by the magnetic field of the Earth. But there is still one place where even astronauts at the ISS can test the cosmic rays in action – it is the South Atlantic Anomaly. The magnetic field in this area is weak and fast particles feel free to bombard people and equipment. Astronauts report seeing random flashes of light with their eyes closed. It is demonstrated in the video below, where every strike in the CMOS is detected automatically and highlighted with the red box. 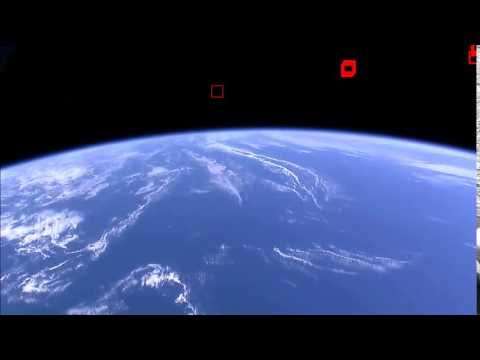 In addition to a constant flow of cosmic radiation, there is another danger in the near space – the solar flares. Only one unexpected flare can deliver the year dose of radiation in few hours which will definitely kill unshielded astronauts. Several methods to protect astronauts exist. The first very basic and simple suggestion is the water protection since it is an important substance for human life and with a certain thickness of a water cover it can decline the fast particles’ energies. Calculation shows we need a 5 meters thick water shell to provide the background radiation which we have on the Earth at the altitude of 5500 m. It is easy to derive the mass of protection shell in case of 5 meters living capsule; it is approximately 3700 tons of water that you must deliver to the Earth orbit somehow. As you can see this is absolute madness. 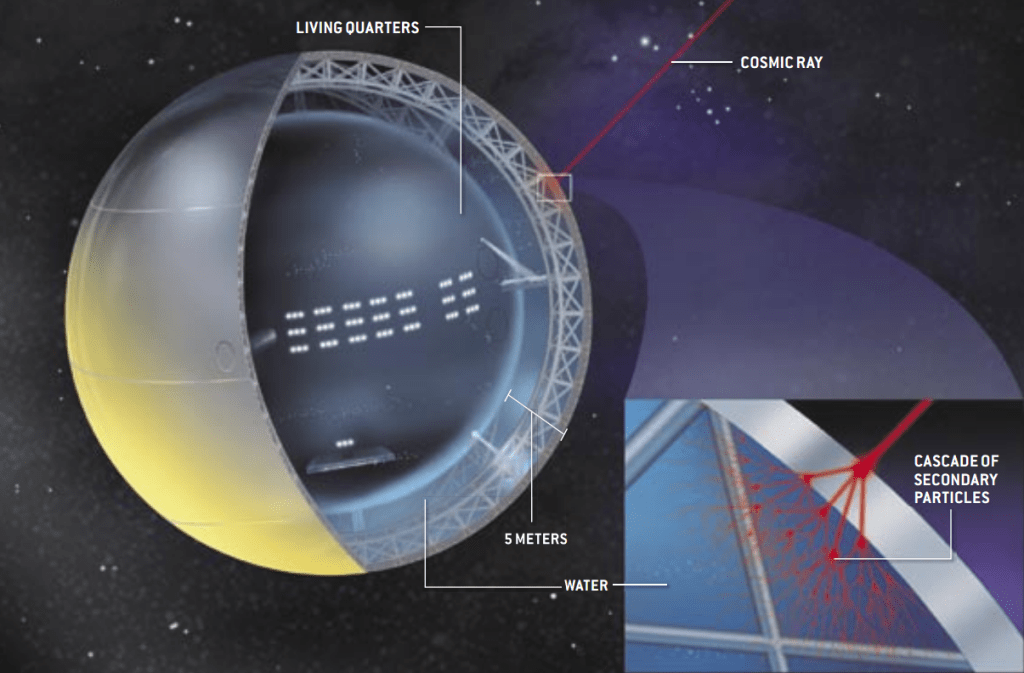 Another way to protect people from cosmic radiation conventionally follows from the charge of particles. If we can provide the static electric field around the spacecraft (in another words we should change its electric potential by charging it so that the ship could throw out an electron beam, charging itself positively) then positively charged particles will deflect but the negatively charged fraction will be attracted with doubled energy. So, here are the problems of static electric field protection: it is not completely clear how exactly we can charge the ship, also even if we manage to do this, we’ll have to deal with another part of cosmic rays attracted to the ship. 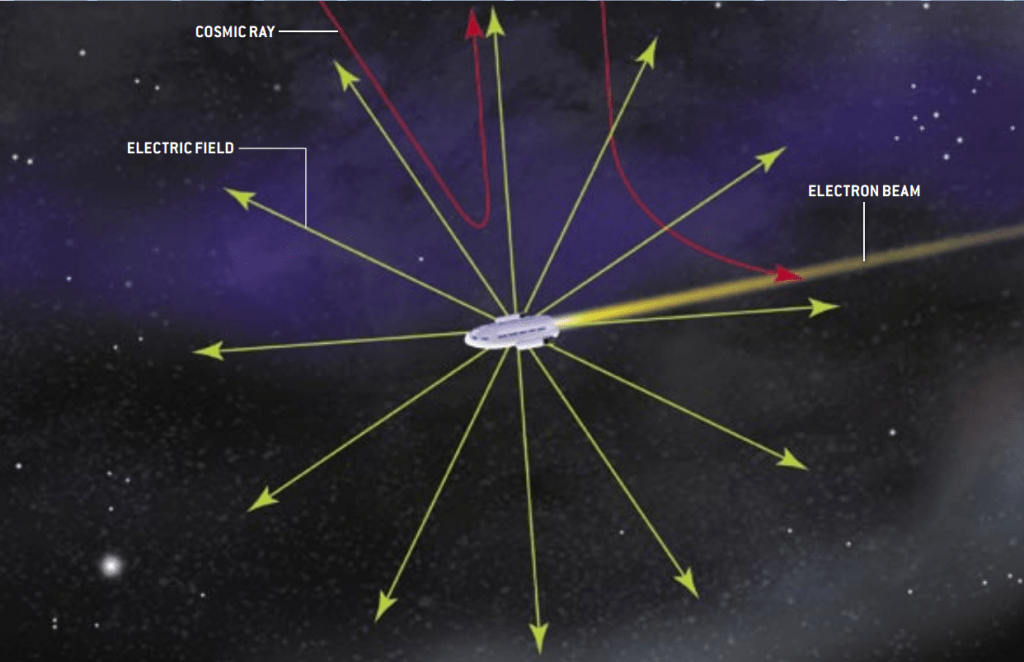 Finally, the most “progressive” method of protection is a generation of the Earth-like toroidal magnetic field around the spacecraft. To do that, we need to build a superconductive coil which should provide a magnetic field of order 20 tesla. Such construction is calculated to reflect charged particles at distances not smaller than 1 meter and has a mass about 9 tons. The idea of magnetic field protection looks more preferably among the other suggestions. 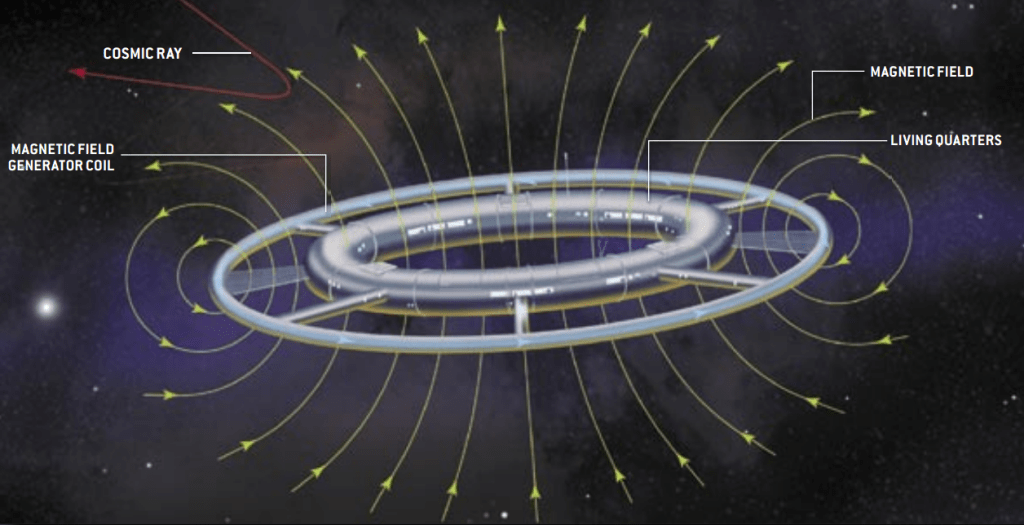 And still we have a lot of problems which are:

We have just discussed the basic technologies for protection astronauts in the far space. The main idea we can pick from the above is that mankind at the current stage of technology development cannot fly even to the Mars, not to mention the colony establishment. The magnetic field protection remains a preferable method, and it should be improved in direction of ship’s mass and engines.

But don’t lose faith in the future of space flights. The leading countries are conducting researches aiming at launching a manned spaceflight. At the moment NASA is occupied with the heavy spaceship building, development and testing of the engines and designing a comfortable space suit to protect the astronauts in Mars conditions, as first of all they aspire to explore our galaxy. Let’s hope we make it in the nearest future.

Don’t have to bring water shield from earth. Enough water ice comets to mine.

So, are you suggesting to hunt some ice first for a couple of decades and then to send our old fashion astronauts in deep space? 🙂