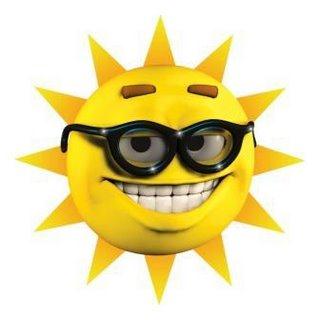 The sun gives us almost everything: light, heat, hydrocarbons, food … And its generosity is boundless. The funny fact is that in ancient times, people used windmills, rivers’ energy and other tricks to ease the life. Over the years, humanity has gone through a technological revolution, moved to more productive ways of generating energy. In recent times, alternative energy is being increasingly talked about (like solar batteries). This is due to the fact that natural resources (gas, oil …) come to an end, and the rest is becoming harder and harder to produce.

A solar battery, or cell, is a solid-state set of photoelectric cells that generate electricity by converting the input optical irradiation of silicon wafers with hole conductivity of solar radiation into electrical energy. 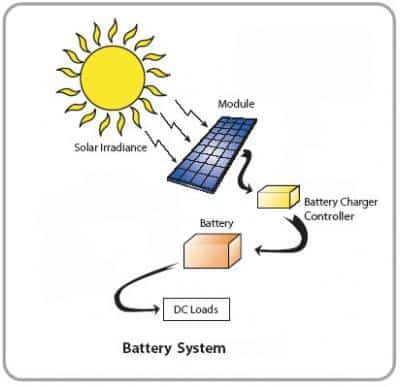 The production of solar cells is growing rapidly in various directions. There are different types of them:

The process of converting the energy into electricity is known as the photoelectric effect. The photoelectric effect is the phenomenon of electrons ejection from a substance under the influence of light. It works because of the physical nature of sunlight: sunlight consists of discrete particles of energy known as photons.

The photon energy is measured by the formula:

where m is the electron mass; and v is the frequency of the incident light.

In the process of photoelectric effect, the photon ejects electron from the material. 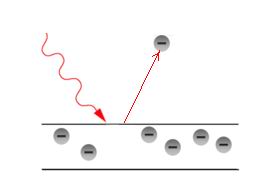 The ejected electron leaves the material if it is negatively charged. The repulsive force of similar charges acts. 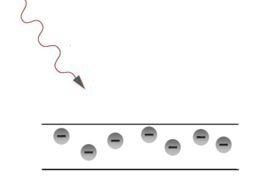 Ejected electron comes back into the material in case of positive charge. The attractive force of unsimilar charges acts. 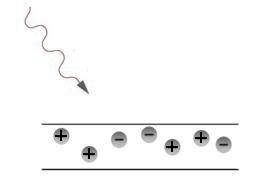 The photon’s energy passes to the ejected electron and goes to overcome attractive force and to transfer the kinetic energy.

The photoelectric effect was explained by Albert Einstein in 1905 (for which in 1921 he was nominated by the Swedish physicist Carl Wilhelm Oseen and received the Nobel Prize), based on the Max Planck hypothesis on the quantum nature of light. The Einstein’s work contains an important new hypothesis – if Planck in 1900 suggested that light is emitted only by quantized particles, Einstein had already known that light exists only in the form of quantized particles. From the energy conservation law, when presenting light in the form of particles (photons), the formula for the photoelectric effect of Einstein is:

where A is work function (the minimum energy required to remove an electron from the material).
The minimum frequency at which the light is unable to eject an electron or photoelectric threshold is:

The discovery of the photoelectric effect was very important for a deeper understanding of the nature of light. However the value of science is not only in that it clarifies the complex and diverse structure of the world around us, but also that it gives us the tools for improving the production, the conditions of material and cultural life of society. Thus, the study of the photoelectric effect led to important steps in understanding the quantum nature of light and electrons and influenced the formation of the concept of wave–particle duality.