When you’re asked which English word is the longest, some chemical terms immediately come to your mind. No wonder, but they are not even truly English. Thus, this at first sight simple question turns out to be a hectic Google search with different pages giving different information. But what word has the biggest number of letters officially? Let’s find out.

According to Digital Spy, the longest word takes 3 hours to pronounce and has 189,819 letters in it describing a largest known protein. This guy even managed to read it whole at once. It turned out to be a real movie and we don’t even know whether he was paid for the attempt.

This is a great achievement, but when we speak about the longest ever word in a language, we mean (fortunately or not) the word recorded in a dictionary. And the aforementioned word is luckily not presented in any. The 20-volume Oxford English Dictionary includes plenty of long words, most of which are highly technical. So, here are some of the coined long words there:

Are they the longest? Again, no. The golden medal goes to a polysyllabic medical term that is a lung disease, pneumonoultramicroscopicsilicovolcanoconiosis, which is made up of 45 letters. In fact, you can hardly hear it anywhere in everyday speech, it seems that it was invented just to break a record… and to scare those who have a fear of long words – hippopotomonstrosesquipedaliophobia (this is, besides, one more reason to become scared). Or well, some of us use long words just to sound smart.

Apart from this, you may be interested in simpler words, such as, for example, the longest one-syllable English word. Any guesses?  As the Oxford Dictionary states, they are schlepped, scratched, scrounged, scrunched, stretched, and some plural forms of the nouns straights and strengths (all with nine letters). Now, it’s your turn, tell us the longest word you personally know and use. 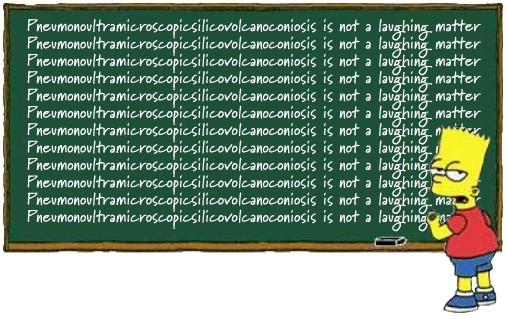