Recent discoveries in the field of education can’t stop shocking. According to The Irish Times, one of them in the report by Organisation for Economic Co-operation and Development (OECD),  states that video games help to improve exam performance in both females and males. It’s hard to believe, but every three years tests took place in 64 countries worldwide analyzing 15-year-olds. Jealous that you haven’t been tested, huh? We as well. Let’s at least see the result in figures.

The thing is, 34.4% of girls in Ireland only, claimed to feel anxiety about technical disciplines and lack of confidence in maths. Boys, who constantly played games after classes, felt more comfortable doing calculations, even though they tended to care about homework less.However the report adds that time spent playing games should be limited, “Students who play one-player video games between once a month and almost every day perform better in mathematics, reading, science and problem-solving, on average, than students who play one-player games every day. They also perform better than students who never or hardly ever play such games. By contrast, collaborative online games appear to be associated with lower performance, regardless of the frequency of play.” 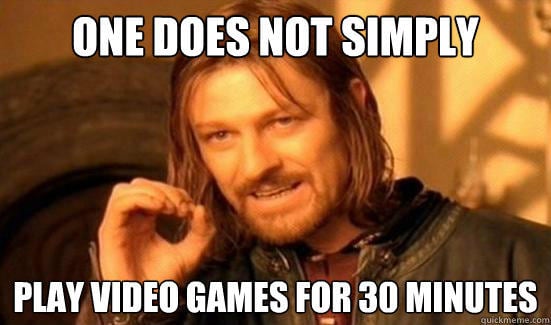 The other reason was offered in the study at The University of Leiden in the Netherlands, where scientists believe that video games are good for the brain. They boost our abilities to memorize and improve short memory, in particular. Monitoring of gamers showed video games trained brain making it more susceptible to new information.

Too much positive about video games by now. Let’s study a bit and then we’ll play.