“Creativity – it means to dig deeper, to watch better, to dive into the depths, to pass through walls, to light the sun, to build a castle in the sand, to welcome the future”.
Paul Torrance 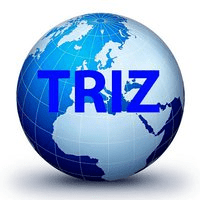 There are few teachers who know the concept of “TRIZ – pedagogy”, not to mention the people that are not familiar with education. And this despite the fact that for the first time TRIZ was talked in the middle of the twentieth century. The obvious question is: “Why?” TRIZ ideas are hopeless and have no future, then why this system exists and dominates the minds of people for over 60 years? Or this pedagogical model is so progressive that only now its time came? Maybe TRIZ – pedagogical methods are so unique that for a certain group of people it was not profitable to spread it to the masses, however, let this assumption will be left for historians.

Date of establishment of TRIZ – pedagogy

TRIZ is Theory of Inventive Problem Solving, which founder is the inventor, writer-fantast – Henry Altshuller. TRIZ has been tested for the first time in 60-s of the twentieth century in the courses of technical creativity, where engineers and teachers, who have been trained at Altshuller’s workshops, were educated. During these classes the children were taught the creative process: create new, unseen planes, cars, ships, and then make their models. These creations have participated in various competitions throughout the world. However, they often became winners in exhibitions and received patents for invention. That was when the assertion that creativity is a natural talent was first called into question. TRIZ – teachers claimed that any child can be taught the creative process. Today TRIZ is included not only to the school programs, but is also used as a method of teaching in individual subjects in secondary schools. Such popularity of TRIZ – pedagogy is due to the need of developing a new type of person, who would correspond to the modern information age, which is cannot be provided with the classical system of education, formed at the dawn of the industrial age.

The core of Theory of Inventive Problem Solving

TRIZ is the science that emerged from the technical environment, which is now being successfully implemented in the humanitarian field and especially in education. Despite its age, TRIZ – pedagogy can be called innovative pedagogical model, the main task of which is to develop a creative, bold thinking person. Today, probably, only TRIZ – motion can boast such a wide variety of audience, ranging from pre-school and finishing with specialists of narrow industries.

“Learn to think boldly!” – That’s the main idea of this educational system. Those who once faced with TRIZ not only begin to think differently and solve tasks, but also significantly change attitudes.

In addition to creativity training, tasks of TRIZ – pedagogy are to familiarize students with the techniques of creative imagination, the development of skills and abilities of inventive problem solving.

TRIZ – technologies are based on the following components:

1.       Solution of open tasks. The school teaches to solve problems in which the condition is clearly stated, there is indeterminate and the specific method of solution. In life, often, things are not so clear: you faced with information that may not be useful for solving the problem, options of finding the indeterminate may be few and the most suitable should be selected, and the answer can be quite unpredictable. To solve such “open problems” is not taught in school, TRIZ – pedagogy do it.

2.       Formation of creative imagination. Today TRIZ confidently declares that the inventor could be anyone, from a programmer to a housewife. These are not empty words. TRIZ – teachers have specific techniques that help develop creative thinking.

3. Overcoming mental inertia. Getting to the task solution, our obliging memory immediately imposes on us the usual stereotypes for finding the answer. This is what is referred to the mental inertia, to overcome which the techniques of creative imagination, used by TRIZ – teachers, help.

Using of TRIZ – technologies in practice

You are interested in TRIZ, and you’ve decided to try to apply it to your class, then start with the introduction of certain rules, which are essential for a creative atmosphere in the group, as follows:

–  Equality of student and teacher in the classroom.

–  Teacher’s respect to the student’s personality

–  Right to make mistakes, which every person has.

–  Teacher and student go hand in hand down the road of knowledge and creativity.

–  An example of a teacher – the main caregiver for the child.

It is very important to overcome the stereotype of relations in the classroom between teacher and student, it may take some time. Be patient and tolerant with respect to those students who are slow to think and your tasks for them, in the beginning, will not be understood. A person needs to understand that in this lesson you solve tasks helping him. Do not be afraid to say you do not know the answer to the problem, explain that there are questions to which no one knows the answer, and it is impossible to know everything. It is not ashamed not to know something – it is ashamed not to learn.

At first, divide the class into groups of 10 – 15 people, and work with everyone individually. Such work will be more productive, and help to create a trustworthy, creative atmosphere in class.

Begin the lesson with a small puzzle that will help to focus and intensify thinking of students, for instance: “Three turtles are crawling along the line. The first says: I am crawling and behind me the other two are crawling. Second: I am crawling and one in front of me and one behind me are also crawling. The third says: I am crawling, and two others are behind me. How can that be?” Teachers need to have a large arsenal of brainteasers, because for the second time it can be used only in another class, and after a certain period of time.

To prepare for the main part of the lesson, you will need to write a separate schedule, which will not be needed for the administration, but for you personally. The material can be found on the Internet.

So, deciding to use TRIZ – methods, you should be ready at first to work on yourself. The point is that after a certain time, you become a different person, will have another approaches to the problem solving and not only educational, but own life. Be prepared to change your outlook and attitude to other people. And believe this “new person” would be much more confident in his abilities and in himself. Let the words of Richard Bach will be the first impulse for your self-improvement: “How many lives we have to live before the first wild guess that life is not limited to food, struggle and power in the pack will appear. Thousands of lives. And then another hundred lives, before we begin to understand that there is something called perfection, and a hundred more, until we see: the meaning of life is to achieve excellence and to tell others about it”.