“Formal education will make you a living;

self-education will make you a fortune.

Speaking about education, the first thing that comes to mind is pedagogy. However, today conversations about education mean adults’ training. Studies conducted by Knowles showed that teaching methods are not effective in learning such category of “students”. Therefore, speaking of adults’ training the new concept of “andragogy” is now often possible to be heard. 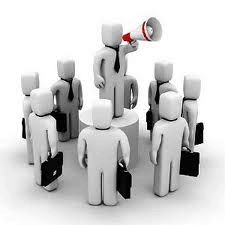 Despite the fact that the term “andragogy” seems unfamiliar and new, its age is more than 100 years. Andragogy (from the Greek “Andros” is an adult male; “agogeyn” is to lead, “running of adult”) is the science that reveals the theoretical and practical aspects of training adults throughout life. This term was used in 1833 by the German scientist, historian A.Kapp. Andragogy in the broadest sense of the concept is the science of self-development methods throughout life. It is no secret that some people “find themselves” and disclosed at a young age, and many need to gain experience, knowledge and skills to express themselves fully. So andragogy comes to the rescue, helping people in personal growth and uncovering their hidden potential. “Non scholae sed vitae discimus” – “Not for school but for life we study” – Seneca said. Modern information space is so volatile that if you graduated 5 – 10 years ago, today your knowledge could be outdated, and its updating is not just a matter of your personal growth, but also the degree of company’ successful performance, in which you work. Modern human cannot afford to get an education only once, and then next 30 – 40 years work according to the final formula. Therefore, we can assume that andragogy is the future for educational process in general. Even today, many organizations have departments of Human Resources, which are tasked with staff training and development.

Principles of andragogy differ from the principles of pedagogical training. In connection with this, the teacher, who has worked in the school system 20 – 30 years and become a part of the adults’ learning environment as fate has willed, should thoroughly reconsider techniques and methods of teaching, established from his experience. It should be clearly understood that in order to successfully train ready professionals, it is not enough to be proficient in the material, it is important to have an inner charisma, have absolute authority and be the leader of the group, to carry the revolutionary new ideas in order to attract and retain the attention of the audience. It is important to know some of the adults’ training principles, such as:

The concept of training in andragogy

One of the most productive ways of adults’ training is considered to be the method of David Kolb. According to which training is cyclical in nature, and includes four stages:

Working with adults the features of the mental processes activity of this category of students should be considered:

–  The amount of memorized objects of adults is an average of 6 to 11, as it should be remembered picking up the material.

– Switching from one activity to another is more productive if a new task is interesting for the audience.

–  The focus is more successful, if means to maintain the emotional background (humor, aphorisms, and winged words) are used, the information is relevant, and, different channels of perception are also used.

– When a new material is presented, the””edge effect” or the “effect of the first impression” should be taken into account when the information, heard at the beginning and at the end of the explanation is remembered better than that which is presented in the middle of the lesson.

–  It should be remembered about another peculiarity of the adult psyche: the information that hasn’t completed action, so called the “Zeigarnik effect”, is better remembered. Scientists conducted an experiment in which testees were allowed to perform tasks, and at some point, tester stops the experiment, allegedly random plates occurred, after the experiment, the testees were asked to name the tasks that they have performed. The result was that the interrupted work was memorized in 2 times better than the one that was completed

–  The efficiency of new material absorption is enhanced if it is divided into several lessons, each of which lasts no more than 1.5 hours.

–  Performance stages of an adult should be considered: at the beginning of training till 20 minutes, it is the process of “being involved” in the work, so the material should be fairly easier to read. This is followed by the phase of maximum efficiency, which lasts 30 – 40 minutes. The next 30 minutes there is a decline in activity, attention weakens, and memorization is less productive. And the last 10 minutes are characterized by depletion of mental processes, however, remembering about the “edge effect”, on this piece of work, repeat all, set out during the lesson, which will help better memorization of the material.

Once the American writer Henry David Thoreau said: “If you have built castles in the air, your work need not be lost; that is where they should be. Now put the foundations under them”. I wish you success in this difficult, but exceptional lesson.