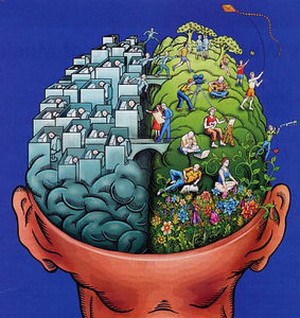 In the study of the origin of left-handedness three main areas have been identified: the ‘genetic”, “cultural” and “pathological”.

Since 1871, when a high frequency of family left-handedness among left-handed subjects was found the model of genetic determination of left-handedness is discussed. Currently, two genetic models are the most widely used. According to Ms. Annett, the asymmetry of the brain is determined by the presence of a single gene, which was named by her the “right shift” factor. If this factor is the individual, the latter is prone to be right-handed. If the factor is absent, the person can be either left-handed or right-handed depending on the random circumstances. However, a greater importance is given to brain damage in the prenatal and early postnatal period, which may affect the phenotypic implisicity of “right shift” factor.

S. Morgan (1978) indicates the probability of not genetic, but cyto-plasmic encoded asymmetry, highlighting the concept that the brain lateralization and manual preference considered in the broad general biological aspect. It is assumed that brain development is influenced by the left-right gradient, which leads to a more rapid maturation and early in the ontogeny of the left hemisphere, which has an inhibitory effect on the right – the result is the dominance of the left hemisphere for speech and right-handedness.

Alternative to “genetic” is hypothesis of occurrence of interhemispheric asymmetry, based on the recognition of cultural conditions determining role in the formation of handedness. “Cultural” concepts consider right-handedness-left-handedness as a result of social education, experience and living conditions.

Along with the above theories understanding of the pathological origin of left-handedness is widespread. Extreme point of view is shared by P. Beck (1973), which states that any manifestation of left-handedness is the result of birth trauma. According to Mr. Chuprikov (1975), modified engine dominance is objective evidence of innate encephalopathy. In confirmation there are facts of increase in lefties among twins, especially prenatal development which involves the risk of intrauterine hypoxia of the brain. In favor of this approach and the results of Vall samples, according to which the damage of the left hemisphere in the early stages of ontogeny can lead to a change in dominant hand and the dominant hemisphere for speech.

The most obvious sign of lateralization in humans is the inequality of arms. As evidence of asymmetry in animals would be preferred legs or limbs. R. Collins, J. Warren and his colleagues discovered that many species exhibit such a preference. For example, monkeys are mostly the same course, if the problem does not require the connection of the other; cats when performing tasks related to getting object, usually used the same leg, and even mice displayed a persistent preference for one foot to complete a task, in which they had to use one limb to get food. It turned out, however, that about 50% of the cats, monkeys and mice preferred to use the right paw, and the other 50% to favor the left. This distribution differs substantially from that observed in humans: 90% preferred the right hand and only 10% left. The results gave reason to believe that paw preference is the influence of random factors.

Geneticist R. Collins compared the model to explain the preference paws by random, external factors, with the hypothesis that the genetic basis of the party that is preferred. He conducted a study on mice mate with the same preferred paw. Thrice repeated selective inbrinding of mice, Collins checked the ratio of left-and right-paw offspring in the last generation. Results showed the distribution of 50 to 50 – the same value with which the experiment was started. Collins considered the findings as evidence that contradicts the genetic control of lateral preference in mice, and claimed that the determining factor for this preference is the case.

Experiments of Etlingera and Gautrin (1971) with monkeys, for example, have shown that the performance of tasks on the visual distinction of color, shape and orientation of objects equally disturbed at damage certain areas of the left and right hemispheres, and these violations do not depend on which of the limb is in monkeys preferred.

Seem to be unusually interesting study of M. Petersen and colleagues to study the asymmetry of perception of sounds by Japanese macaques. They were trained to distinguish between two types of sounds made by individuals of their species. The sounds were recorded on magnetic tape, and were stated to the right and left ear of a monkey in a random order. It was found that all the studied macaques more accurately performed the required response when the sound got on the right ear. Assuming that sounds imposed on the right ear, the left hemisphere is transmitted, these results indicate the presence of the Japanese macaques’ hemispheric asymmetry in the perception of sounds made by individuals of their own species. Especially interesting is the study of asymmetry of birds. F. Nottebohm and his colleagues have shown that transaction of adult finches and canaries left hypoglossal nerve that controls the left half of the larynx, leading to a drastic change in the singing. In contrast, transaction of the right hypoglossal nerve innervating the right half of the larynx, has minimal impact, the structure of the songs is partially preserved. Further experiments showed that the right hypoglossal nerve can take control functions singing, if left nerve transaction was performed within the first two weeks after hatching.

In recent years, a plurality of data obtained by the existence of the motor-even spatial asymmetries in invertebrate animals, these asymmetries, typically had right-sided direction. Thus, such asymmetry found in planarian, mealy beetle, crayfish, ants, and some vertebrates. It appears, the base of the functional asymmetry of animals there are some basic genetic factors. In relation to the higher vertebrates representatives it should be recognized that the asymmetric functioning of the cerebral hemispheres of the brain is one of the fundamental laws of its activities.

Experimentally it has been shown that animals have processes of synthesis and analysis that is lateralized differently in the cerebral hemispheres. Two basic fundamental laws allow us to consider the principle of induction, deduction, as a general principle of lateralization. The first pattern is the relativity of hemispheric specialization. This means that each function can be controlled by both hemispheres. During animal studies it has been found the involvement of the implementation of two hemispheres of a particular activity. Specialization was the dominant role of one of the hemispheres in specific situations and under certain tasks. The second pattern is the dynamism of hemispheric specialization. At different stages of information processing and implementation of the action one or other hemisphere is dominated.