To become an able and successful man in any profession,

A few decades ago, all activities were quite clearly divided into those where women can work, the ones where men can work and those where such a clear division was inessential. The “common” occupations included such as a doctor, accountant, journalist, etc. Professions, where the application of brute force was necessary, were considered as male; also the scope of policy and management was too. The women worked mainly as saleswomen, teachers, etc.

Today, a clear division of occupations practically does not exist, but, nevertheless, there are some features that are worth considering for applicants in the choice of a particular specialty.

Despite the fact that today in the field of journalism and pedagogy, psychology, quite a lot of men work, these jobs are still considered as female, and men come to work in most cases not from higher institutions, but from related disciplines. A good writer is a good journalist and a talented scientific figure is committed to teach at the university. But at the Philological Faculty of Education, men are the exception of the rule – in a group of several dozen of women it is hardly to count at least half a dozen of men. 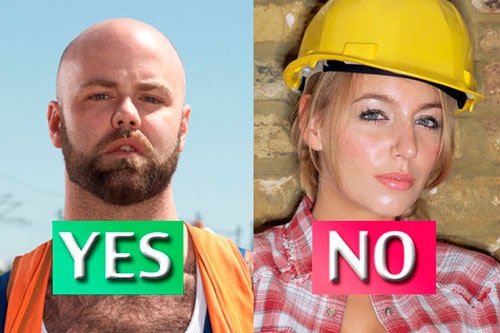 Policy and Management are considered as male spheres. Women here, as in the previous case, come from other areas of activity – the writers-feminists become politicians, and talented female employees of various companies quickly grow to as directors. But in spite of this, women are not welcome in senior positions and in the public administration. High requirements are specified to them, the relation to the fair sex is based on stereotypes (the society considers that women are more whimsical, emotional, though, this is not the case and can rarely admits that this or that idea, proclaimed by the woman is the successful and correct).

As an example, let’s consider the case. Group of managers, who train their ability to make decisions in any situation, was given the task: to get from point “A” to point “B”. We had to solve a management problem: select the method of transportation, make a plan, plan a route, decide what to take with you to assign responsibilities of participants, etc. Male managers approached the issue in a business. They calculated everything to the last detail: bike was chosen as transport, then they took out a map and outlined the route, took the spare wheels, decided who would go ahead, who behind, where they will stop, etc. But as soon as the woman came to managers’ team, the first thing she asked, “Do all know how to ride a bike?” Men calculated exactly how many sandwiches they will need, in what they must be wrapped, who take them, but a woman asked, “Who prefers what meal?” That is, male managers were focused on the solution of the problem, and women – to the person to whom the task is being addressed. This is the main difference between the female and male management style.

Key to the success of management is in a combination of both styles.

In most medium specialized higher institutions so-called “worker” professions are perceived mostly by men, not women, which is quite reasonable. Men are more suited to work as steelworkers, welders, fitters and plumbers, creating electrical engineering or underground utilities. Therefore, all these professions are the prerogative of the representatives of a strong half of mankind. Also physics, mathematics refer to male technical occupations – the departments of physics and mathematics have a lot more guys than girls.

As before, in medical and law institutions, there are the same number of male and female students, due to the specification of these fields that have nothing to do with sex. Although, there are some specialties that involve division by sex, and, the reasons for this division are not clear. Historically, among pediatricians and gynecologists often you can meet women, and among surgeons and dentists – men. Among the judges male are more common, but lawyers and paralegals usually are female. 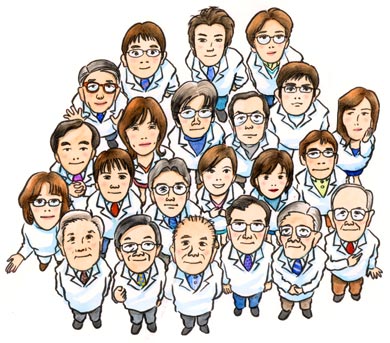 You should take into account these facts not because they are in any way affect the progress of the student – if the girl has a mathematical turn of mind, she can achieve great success in physics and mathematics. But keep in mind that our society is still the hostage of stereotypes, so finding work can be difficult.