Aurora is a phenomenon widely recognized by the population of the high latitudes and the Southern Hemisphere. In daily use, we call it accordingly to its location: either aurora borealis (North Pole) or aurora australis (South Pole). It can be frequently observed in the North of the Continent of North America, Nordic countries and Siberia. The Cree Indians, one of the most numerous Canadian tribes, call it Dance of the Spirits and read them as their gods’ messages. Vikings, in their turn, considered them to be the reflections of the swards of valkyries in the sky. Finally, dwellers of the Russian shore of the Arctic Ocean believe aurora is a frozen song. But what aurora actually is and how can it be forecast? Let’s take it closer.

The nature of this phenomena is really celestial. One of the top layers of the sun – the solar corona – injects into space billions of electrons and protons at a speed 400 km/h. Colossal, isn’t it? However, the flow of these particles reaching our planet is quite irregular. Interacting with the Earth’s magnetic field, each of them acquires additional speed-up and even changes this field a bit. These disturbances can be so noticeable that will influence living organisms and technical equipment in a form of magnetic (or auroral) storm. 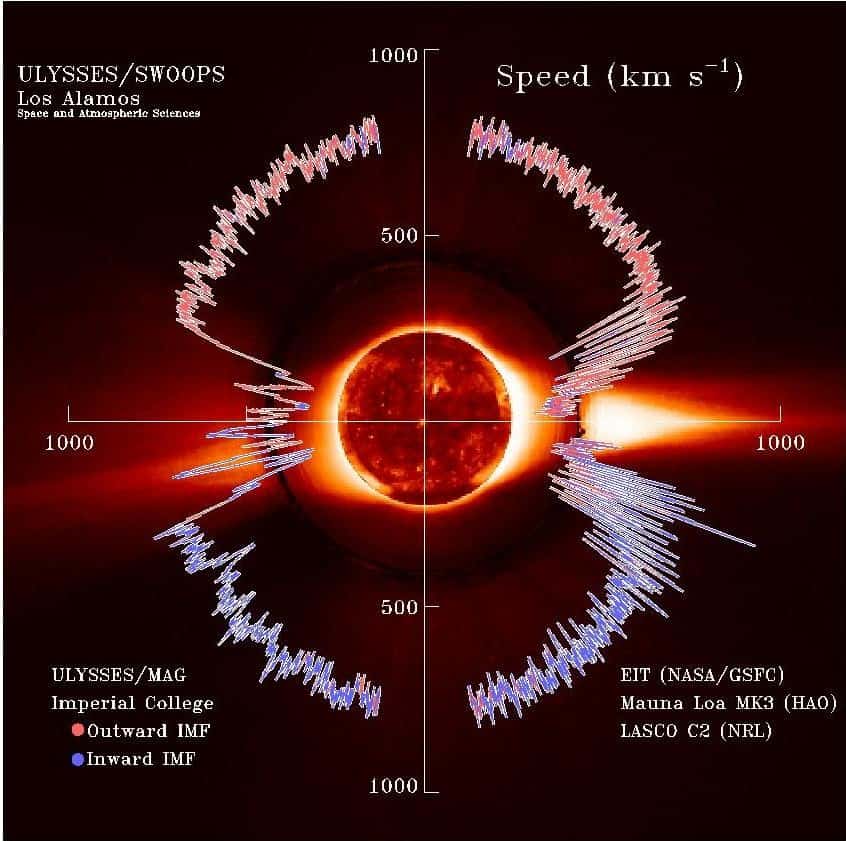 The Earth’s magnetic field has a specific form due to which the number of charged particles piles up not far from the magnetic poles, and those are the places where we can watch aurora.

Protons and electrons from the Sun collide with air molecules on the top layers of the atmosphere and ionize them. Atoms recombine, which means that grasping the electron they become neutral particles and emit the excess of energy in a form of electromagnetic wave. Its wave’s length may be in spectrum of visible light. Hence, the oxygen gives the light yellow, green or red color, while molecular nitrogen makes it red or violet.

Most of all, aurora is being observed at 90-130 km altitudes over the surface of the Earth. The atmospheric density is rather low there, so after the first ionization, the charged particle manages somehow to build speed in the Earth’s magnetic field for the next ionization. However, it is still big enough to perform even several acts of ionization. 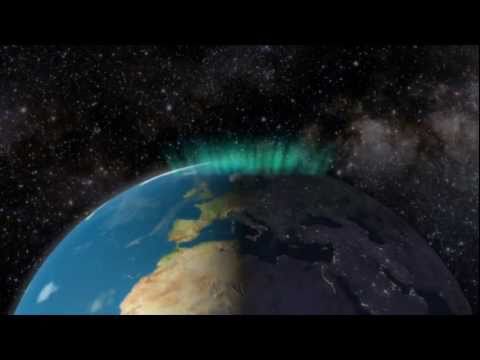 Worthy of noticing that the Northern Lights can happen round-the-clock, but, unfortunately, we can watch the phenomena only at night, when the sun doesn’t interfere. In the daytime, scientists identify them only sending out the radio signal: the thick density of charged particles not only provokes the lights but also effectively reflects radio signal even blocking TV and radio signals from time to time.

Aurora can be considered not only as dazzle natural phenomenon but also as an element of telecommunication networks. There was a collaborative soviet-french experiment ARAKS (Artificial Radiation and Aurora between Kerguelen and the Soviet Union) in Winter, 1975. In the scope of ARAKS, geophysical rockets orbited an electron accelerator which had produced a strong flow of charged particles and excited auroras over Archangelsk Oblast (territory of modern Russia). This year scientists from Stanford have considered a possibility of artificial aurora excited by an accelerator placed on the orbit of the Earth.

As it was mentioned above, aurora can be detected by radio waves reflection. However, it also means that ionosphere in general, and aurora, in particular, can be used for an oriented waves reflection to a certain place of the Earth surface. While in our time this opportunity loses its actuality due rapid development of satellite communication, all 20th century, starting from pioneers of radio, radio waves transmission was carried only this way. It’s interesting to note that this possibility first was found experimentally and scientists took more than 30 years to understand grounds of this highly useful phenomenon.

Despite this phenomenon has an easy explanation, a lot of its aspects remain mysterious. The existing theories predict the density to be lower than it appears to be eventually. What is more, van Allen radiation belt (layer of energetic charged particles that is held in place around a magnetized planet, such as the Earth, by the planet’s magnetic field) is considered to influence on the aurora as well.

And wait a sec, don’t go. We’ll finish this article with the most interesting as we’ve promised to tell how to forecast and catch the Northern Lights. On Aurora Service, you can find hourly aurora forecast online. With the help of the real-time solar wind data from Nasa’s ACE spacecraft, matched with some computer modeling, aurora’s behavior is displayed with reasonably high precision, so have a look and enjoy!