Disputes about the level of consciousness of the newborn human have a long history. Thus, there is a strong opinion that the brain of the newborn is a “clean sheet”, on which only after the birth the “record” is made. This concept was formulated by Aristotle. 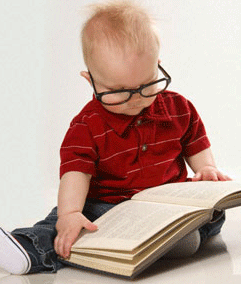 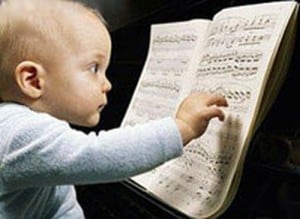 History knows many names of wunderkinds. For example, Victor Hugo was one of them, who at the age of 15 received an honorary tip from the French Academy; the Russian writer Alexander Griboyedov at the age of 11 entered the Moscow University and at 15 had already graduated from the verbal and legal department of the philosophical faculty; when the famous Russian scientist N. Mechnikov began to study, he wrote “essays” in botany, “hold lectures” to his brothers and classmates, very early mastered work with the microscope, even while studying in high school he began to publish in scientific journals, including the foreign ones. The founder of cybernetics, Norbert Wiener called his autobiography “Ex-Prodigy: My childhood and youth”: he was 12 years old when admitted to the University; at 14 he was awarded the first degree. 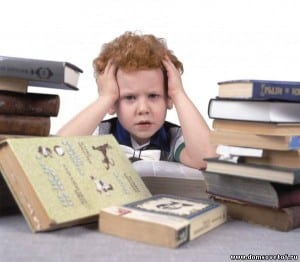 The present level of science development suggests that wise nature prepares the child’s brain to perceive the world in the womb. Recently published results of observations of a group of American psychologists have established the ability of infants to recognize the fairytale, which was many times read to them aloud before the birth. There was also an experiment with 700 future parents who were trying to communicate with their unborn babies. Many of these children, as it turned out, began to pronounce their first words at age of 3-4 months, at 7 – they walked, and at about a year they pronounced many difficult words.

Physiologists know that to six months of fetal life the auditory analyzer of the fetus is beginning to operate, which means that the brain of an unborn child is influenced by sounds. Apparently, the child doesn’t sleep all the time, and periodically the level of wakefulness raises. Women are aware of these periods of activity by the way, because they are the most favorable for the early “education”.

For the full development of the child from the first days of his/her life not only tenderness and love of family, touching of the mother hands, her gentle voice are very important, but also to play and talk, listen to music. Emotions make a great contribution to the formation of the nervous system, brain development. “Sensory deprivation” during childhood is an irreparable loss. An example of this is “Mowgli children”: “educated” in the animal pack and returned to the human family, they do not become fully human – the ability to learn is lost.

It is known that the right and left hemispheres of the brain perform different functions: left is largely responsible for logic, the right one provides thinking process with imagery and helps the left hemisphere in unexpected, difficult situations, so it is important in early childhood to load the right hemisphere intentionally. First of all, we must devote more time to games with the children. They are able to capture the most significant ideas, if you follow the rules of fun games. Make them to work in these games – if it will be interesting, they will not get tired. Complicate the problem: the evolution has established the endeavor to overcome difficulties in our brains.

Rules that will help your child to think independently are the following:

1)     Always give the opportunity to speak. Children often tell stories in a chaotic manner: from left to right and from bottom to top, starting from the middle, continuing and ending finale eyeballs. Do not worry, over the years, the child will master the simple tricks of a screenwriter.

2)     Help to arrange temporary landmarks. Tell the child stories in the past tense as often as you can, and talk about future plans.

3)     Talk about a read story or seen cartoon. If a child knows that mom will ask him what character he liked the most and why, he will try to remember what was discussed in the book or on the screen.

4)     Show your baby the pictures. If you’re going to spend holidays at the summer sea, find a family album or magazine images of sea and beach.

5)     Learn counting rhymes, songs and poems. However, this great way of memory training must, above all, be a fun game. There is no need to arrange forced rehearsals and to do saucer eyes, if the child has forgotten a few words.

6)     Stimulate all five child’s senses, not just vision and hearing.

7)     Play as often as possible. For example, ask the child for 15-20 seconds to remember five items that you previously put on the tray. Ask him/her to turn, and then remove a single item, shuffle the rest. Now ask him/her to name the missing object.

Remember that the most capable students from the beginning of studies need a load, which would correspond to their remarkable intelligence. When teaching gifted children it is important to consider their sustainable attraction to some activity – that in psychology is called an addiction. According to the observations of psychologists and physiologists, the most promising such an early rise of intelligence, which has also a certain direction, combined with addiction strengthened through years to certain areas of activity, although the researchers noticed that some children with high intelligence can make a choice of specialty untimely or unsuccessfully, and with such lack of conformity of individual aptitudes and career there is no flowering of talent.

While looking on a gifted child, do not guess about what peaks he/she will reach in the future, she/he will be a genius. The main thing is to give them during school years, the opportunity to develop gifted skills, without depriving the child of pleasures and excitements of light childhood – a beautiful period of life, which has the highest value to the human.