One of the main differences of the XXI century from XX century is that with the development of high technology, including the Internet, the world is open and available to almost everyone, more and more people feel cosmopolitan. 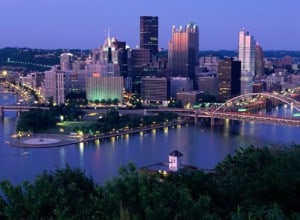 We have no interest to sit in native country, going on vacation, at best, once a year abroad. Young people increasingly choose the field of activity, which makes it possible to see the new city and the country almost daily. Work in multinational companies allows having this way of life, while also being a prestigious and profitable in financial terms. But to get this kind of work, you must have a corresponding education, and better, if education is received abroad.

The study of Oriental languages ​​is becoming more and more popular. And this is due not to the human attention to the exotics, but to the daily needs: economic, cultural and political influence in the world of major Asian countries like China and Japan grows every year. So, the knowledge of one of Oriental languages ​​is not only fashion, but also a great chance to get a prestigious job.

China is now one of the dominant countries in the world, which turnover is increasing day by day. The whole world turned its choices to China. China has become important not only in economic terms but also in cultural terms. Chinese culture is attracting more and more people around the world.

Chinese is one of the oldest languages ​​in the world, the study of which require much time, as it is a complex language, but Chinese skills have great advantage. Knowledge of this language opens new doors in the business world of international trade, and also in the mysterious culture of China. Currently, knowledge of Chinese language becomes not only relevant, but also very promising.

In addition to the Chinese language, students of Chinese universities have the opportunity to learn English perfectly that is also important for a person who plans to make a career in multinational. Besides, studying here, the students inevitably enter into the spirit of the mysterious love to the country, absorbing its culture and traditions, learn to communicate with the local population, taking over with their manner of speaking and the rules of conversation. All this in complex becomes an invaluable wealth of knowledge that allows making a good career in the company, whose interests are in some way connected with Chinese corporations. 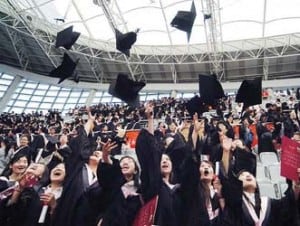 For admission to the Chinese University the candidate should pass the entrance test on significant for selected specialty disciplines and confirm knowledge of the Chinese language, passing the exam Hanyu Shuiping Kaoshi (HSK). HSK is an analogue of the U.S. TOEFL and is a comprehensive set of tests to determine proficiency in Chinese language by foreigners. Writing and Speaking skills are tested on the exam. HSK can be passed all over the world.

–  HSK for secretaries; and

Basic HSK, Initial-average HSK and Advanced HSK are the main types of testing. They help determine the overall level of knowledge of Chinese language for examinees. Detailed assessment scale allows obtaining a clear idea of ​​the applicants’ knowledge level: initial-average HSK is represented with levels from 1 to 8, high – 9 – 11th. Everyone can take part in any of these exam formats. The test results are accepted by educational institutions (during entrance campaign), and other organizations.

HSK for teenagers is developed specifically for those who study Chinese and is under 15.

Business HSK, HSK for secretaries and HSK Tourism formats are used as additional language test. Their results are provided to relevant organizations in employment, and in other cases when it is necessary to confirm the Chinese language proficiency.

According to the law in China, there are three types of higher education:

The main objectives of higher education institutions are to prepare highly qualified personnel, the development of science, technology and culture. In order to better meet the needs of economic modernization in recent years the list of academic disciplines has been revised and an emphasis is made on finance and economics, political science and law, management, engineering, architecture, electronics, computers, consumer goods, food and textile industries.

In China, there are two types of higher education institutions:

a)      Polytechnics (eg, such as Tsinghua University (Beijing) Science and Technology University of China (Hefei city)), where there is a large number of technical and natural science faculties, and

Admission to public universities is conducted according to a single plan. Departments and institutions select according to the examination results the most capable students taking into account their personal wishes and medical condition. Basic institutions have the privilege of selecting the best of the best. The state provides graduates work on a single plan. The duration of study for students of general specialization is 4 years. For certain disciplines related to the natural sciences, technical education, medicine, period of training is 5 years. In the narrow professional institutions a training course is short of 2-3 years. Graduates are awarded a bachelor’s degree.

The age of the first category graduates is not more than 40 years, and duration of training is 2-3 years. As for the second category the age is not more than 45 years and the total training period is 3 years. The form of graduates training divides students into two types: with day release and on the job.

Today China, along with Japan and Singapore, is one of three leaders of countries that are actively developing the MBA program. A large number of Chinese universities and schools successfully adopt the educational traditions of the West and Europe, offering the audience quite an attractive combination of high quality and low price. That is why 20% of students in Chinese schools MBA are Europeans.

Choosing an MBA program in China, it is necessary to pay attention to three key factors – the cost, the duration of the course and practical knowledge. On average, one year of training at the MBA in China costs about half as much as in Europe and two times less than in the USA. Most programs are developed for two years. The most popular is Executive MBA – this course is developed for executives and senior managers.

As you have noted China offers great opportunities to very different categories of students. The choice of education in China is based on the desire to learn the most complex language in the world with a huge number of symbols. If you are ready to get acquainted with Chinese traditions, culture, business and people daily life, just visit it once! You will understand that even if you are not going to receive education in China you will make a little step to another world…