Do you know why are plants green? Why leaves on trees are green? Plants as well as animals are alive. All living organisms need a source of energy to carry out biochemical reactions and a source of carbon to build their bodies. Animals (and humans as part of kingdom Animalia), fungi and most of bacteria obtain energy and carbon from organic compounds (i.e. consuming plants or other animals).
These organic compounds are produced only by cyanobacteria and plants in the process of photosynthesis. The term photosynthesis means literally “synthesis using light”: light energy drives the synthesis of glucose from carbon dioxide and water with the generation of oxygen. Energy and carbon stored in glucose can be used by other organisms in trophic chains. That’s why life on the Earth ultimately depends on plants. 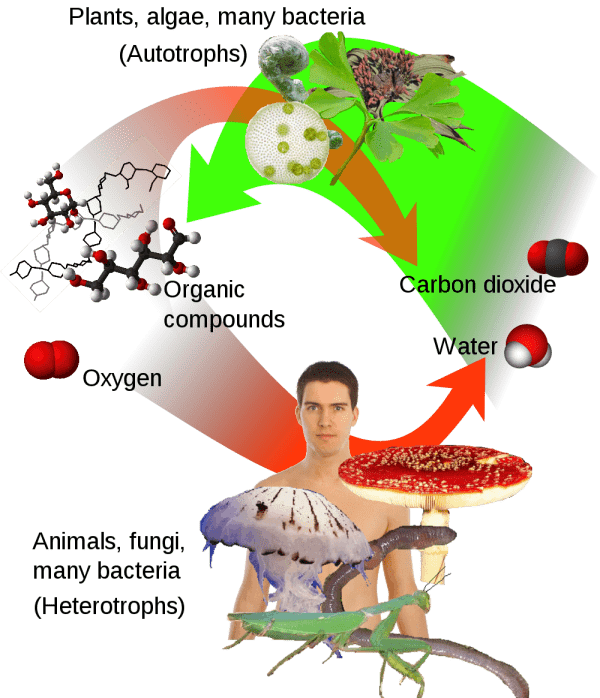 By the way, if you want more information about light watch our video lesson “What is the color of light?”: 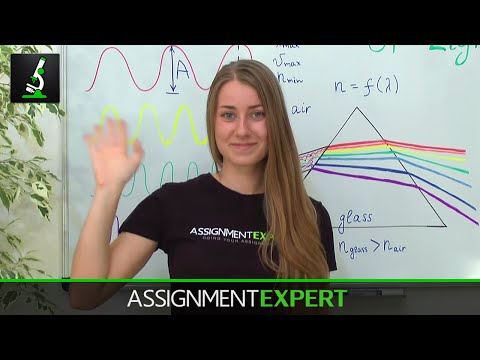 Light wave can be reflected, absorbed or transmitted by the object. Our perpception of color depends on wavelength of the light which is reflected. Thus, plants are green because they reflect green (550 nm) light and absorb energy from the violet-blue (380-480 nm) and reddish-orange (600-680 nm) wavelengths at the opposite ends of visible light spectrum. 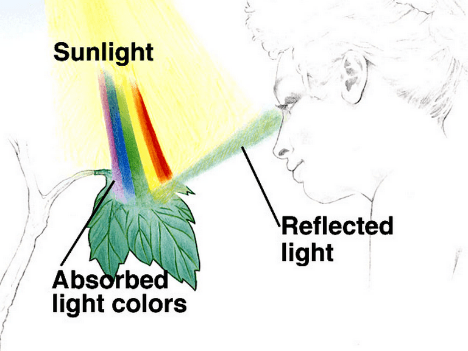 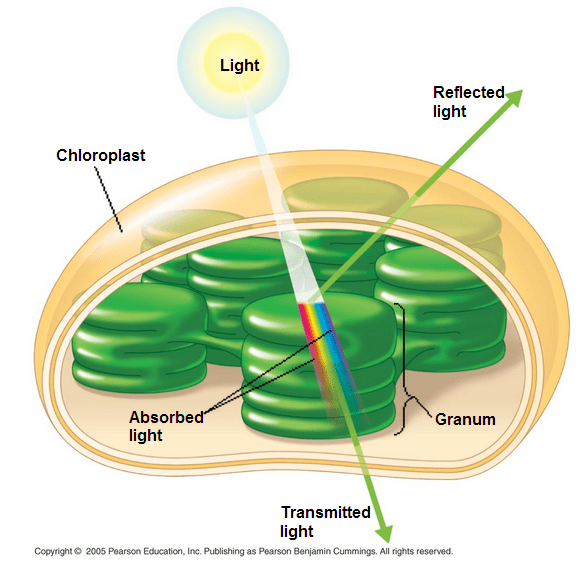 Chlorophylls are the key pigment molecules driving photosynthesis. They have evolved in the selection of pigments for absorbing visible light and that part of the Sun’s spectrum with the highest flux. Although it is fairly well understood how pigments absorb and how cells scatter light, there’s no certainty about why photosynthetic pigments absorb at those particular wavelengths. 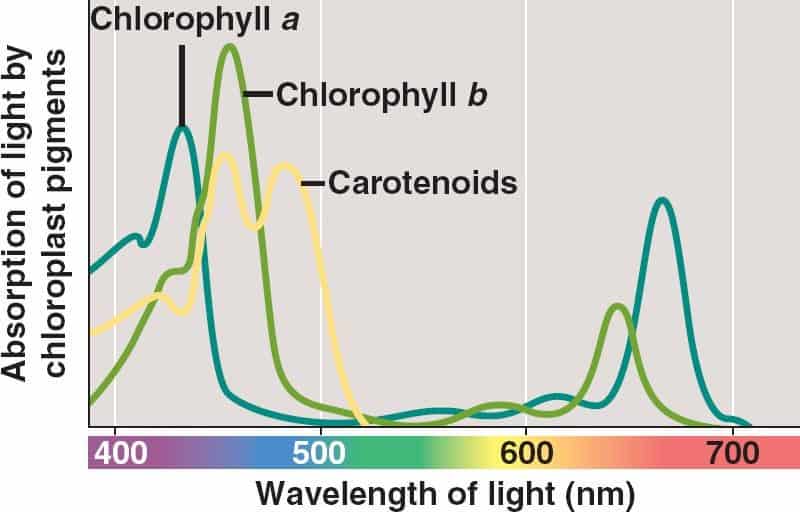 Chlorophyll a is the main photosynthetic pigment. Accessory pigments, such as chlorophyll b and carotenoids broaden the spectrum used for photosynthesis. Light energy of the sun is trapped in special sites called photosystem I and II of inner membranes of chloroplasts and subsequently converted into chemical energy. Photosystems are somewhat like an antenna: they collect solar energy and pass it to a central “receiver” (the reaction center) where the energy is concentrated and converted. 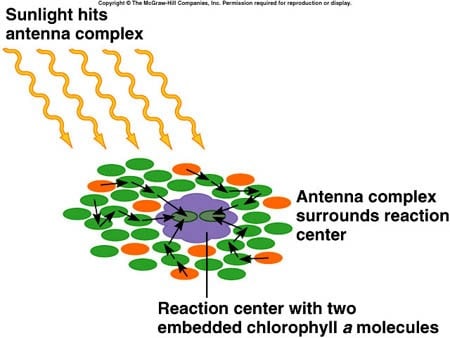 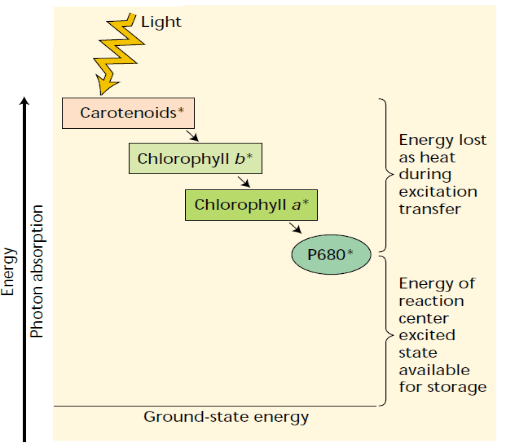 Thus, the chlorophyll a “red” peak absorbance (absorption of the longest and, simultaneously, the lowest energy red wavelengths of light) allows the energy cascade to work. And the “blue” absorption maximum leads to increased photon absorption and, consequently, increased energy conversion, as do various accessory pigments.

Why leaves turn yellow in autumn?

[…] we’ve discussed why leaves are green. Now the summer is over and soon the trees will change colors. Do you know why leaves turn yellow […]

Energy funnels – what a lot of rot. In PSI the low energy forms are in the uter antenna (LHCI) and in PSII each complex has its own “energy funnel” – not the photosystem.