Answer to Question #177232 in Biochemistry for Min

What is the overall chemical changes that occur during one complete turn of the Krebs cycle?

Krebs cycle is also known as citric acid cycle or tricarboxylic acid (TCA) cycle. Krebs cycle is the main source of energy for cells and an important part of aerobic respiration. This cycle converts the available energy of acetyl coenzyme (acetyl CoA) into the reducing power of nicotinamide adenine dinucleotide (NADH).

1-The Krebs cycle begins when Coenzyme A transfers its 2-carbon acetyl group to the 4-carbon compound oxaloacetate to form the 6-carbon molecule citrate. 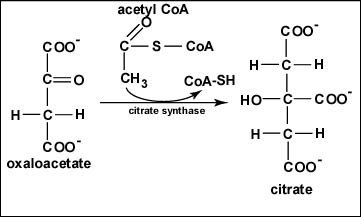 3-The 6-carbon isocitrate is oxidized and a molecule of carbon dioxide is removed producing the 5-carbon molecule alpha-ketoglutarate. During this oxidation, NAD+ is reduced to NADH + H+ 4-Alpha-ketoglutarate is oxidized, carbon dioxide is removed, and coenzyme A is added to form the 4-carbon compound succinyl CoA. During this oxidation, NAD+ is reduced to NADH + H+. 5-CoA is removed from succinyl-CoA to produce succinate. The energy released is used to make guanosine triphosphate (GTP) from guanosine diphosphate (GDP) and Pi by substrate-level phosphorylation. GTP can then be used to make ATP. 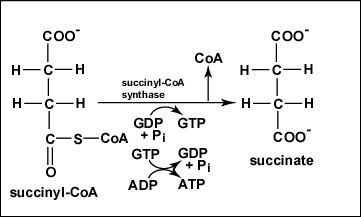 6-Succinate is oxidized to fumarate. During this oxidation, FAD is reduced to FADH2. 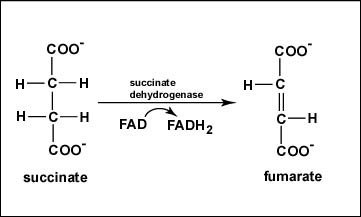 7-Water is added to fumarate to form malate 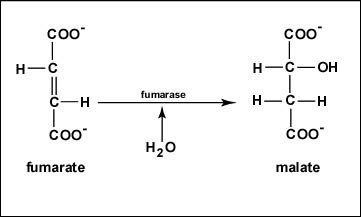 8-Malate is oxidized to produce oxaloacetate, the starting compound of the citric acid cycle. During this oxidation, NAD+ is reduced to NADH + H+. 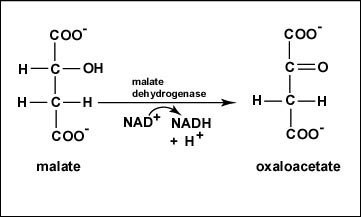 #KREBS CYCLE PRODUCTS: -Before the Krebs cycle begins, a glucose molecule must be converted to acetyl-coA. This process yields 2acetyl-coA molecules to be fed into the cycle. Thu, the cycle proceeds twice per original glucose, yielding twice the products as shown

New on Blog
APPROVED BY CLIENTS
Service is excellent this is my go to when I run out of time. Thank you for completing my requests early.