Answer to Question #199868 in Electrical Engineering for richard gate 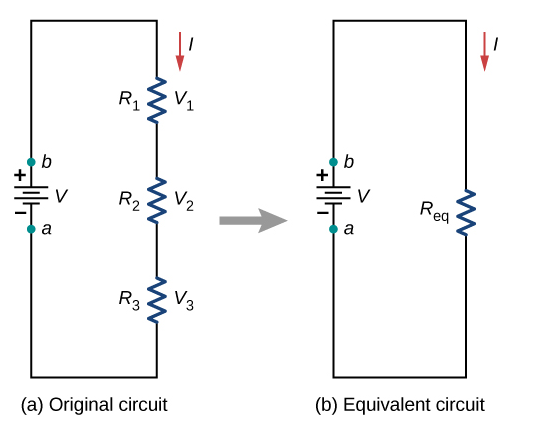 The total of each resistor's potential drop and the voltage provided by the voltage source should equal zero:

Because the current through each component is the same, the equivalence can be reduced to an equivalent resistance, which is just the sum of the individual resistors' resistances.

In series, any number of resistors can be linked. The equivalent resistance of N resistors linked in series is 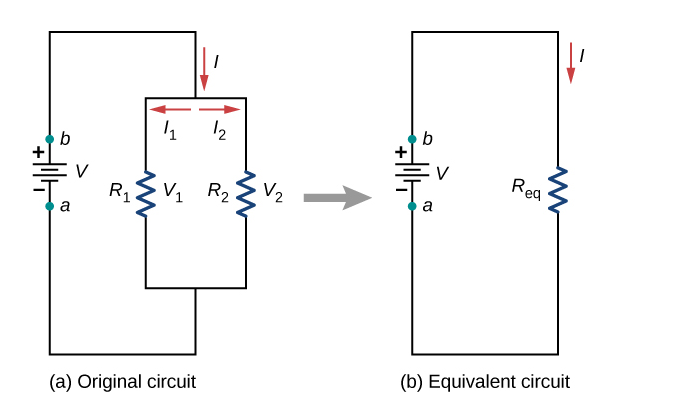 Parallel resistors connected to a voltage source When one end of all the resistors is linked by a continuous wire of negligible resistance and the other end of all the resistors is likewise linked to one another by a continuous wire of negligible resistance, the resistors are in parallel. Each resistor has the same potential drop. The current through each resistor may be calculated using Ohm's rule I=VR, where the voltage across each resistor is constant. For example, an automobile's headlights, radio, and other systems are wired in parallel so that each subsystem may work totally independently while utilizing the entire voltage of the source.

New on Blog
APPROVED BY CLIENTS
Reliable and punctual. The work is great and helps me understand the concept. It's a bit out of my price range but I'm very grateful for your expert and your service. Thank you!