Answer to Question #192465 in Organic Chemistry for Damilare

Stereoisomerism and different type that exist I.e. (geometry and optical) give simple and naturally occurring examples of each type of illustration your explanation, including structural formula and photograph of 3d Models of stereoisomerism

Stereoisomers are isomers that have the same composition but that differ in the orientation of those parts in space.

Geometric isomers are two or more coordination compounds which contain the same number and types of atoms, and bonds but which have different spatial arrangements of the atoms.i.e1,2-dichloroethene 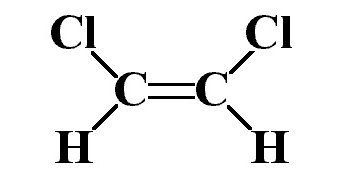 Optical isomers are two compounds which contain the same number and kinds of atoms, and bonds and different spatial arrangements of the atoms, but which have non-superimposable mirror images.

i.e Carbon with four different groups bonded to it.

New on Blog
APPROVED BY CLIENTS
Happy with the work!