Answer to Question #91972 in Inorganic Chemistry for Gaurav

A hydrogen bond is a weak type of force that forms a special type of dipole-dipole attraction which occurs when a hydrogen atom bonded to a strongly electronegative atom (usually O, N or F) exists in the vicinity of another electronegative atom (usually O, N or F) with a lone pair of electrons. These bonds are generally stronger than ordinary dipole-dipole and dispersion forces, but weaker than true covalent and ionic bonds. 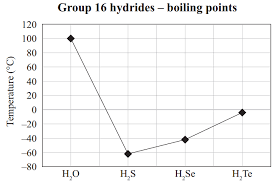 New on Blog
APPROVED BY CLIENTS
Great Quality Work A+++