Answer to Question #115836 in Bioinformatics for ESHA

Difference Between Homology, Similarity , and Identity.

The differences can be distinguished based on definition and their significance.

This refers to a common ancestry property that DNA, RNA, and protein share in a given evolutionary tree. The common ancestry can be due to paralogs, xenologs, and orthologs.

Based on the hypothesis, it can either be true or false but cannot be calculated.

This refers to the degree at which two sequences are alike. The degree of likeness is achieved by finding the optimal alignment between two sequences and obtaining pairwise comparison.

It can be expressed as a percentage of similar residues for a given length of an alignment.

Refers to the extent to which two amino acids sequence in the same position of alignment have the same residue.

It can be expressed as a percentage of similar residue for the two amino acids that share the same position in a given alignment. 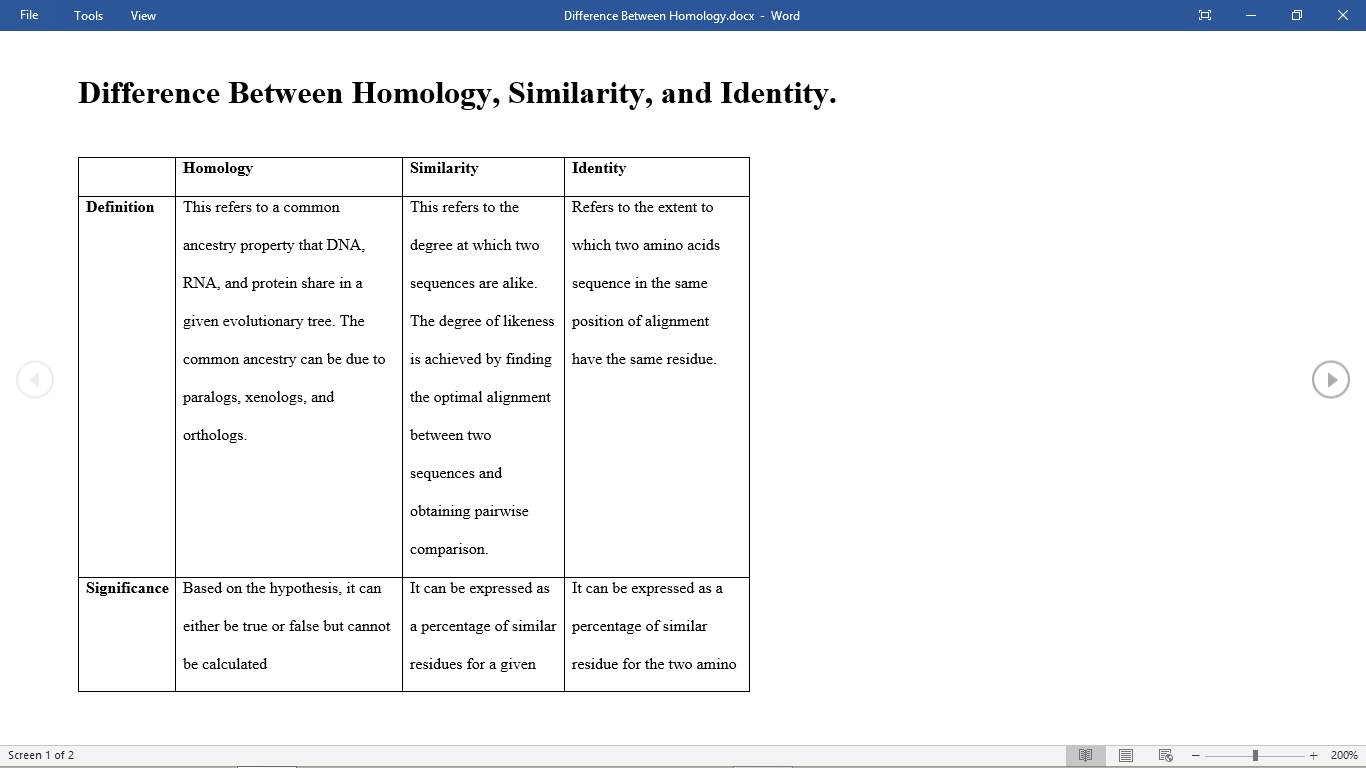 New on Blog
APPROVED BY CLIENTS
Incredibly concise, yet detailed, answer to the question that had me stumped. After receiving the help I so desperately needed, I was like, " oh my goodness, I'm an idiot!" But I mean that as a compliment to my assigned answer specialist. I really really appreciated the prompt service and excellent breakdown of the solution. You really can't put a price on that, but you guys did, and it was so very worth every penny.