Answer to Question #235127 in Biochemistry for peanutz

Before and after standing of: Water + NaOH

A Gibbs–Donnan (G-D) equilibrium becomes established and a G-D potential is developed across the cell membrane of cells under conditions in which metabolism and energy production have been inhibited or the Na+-K+ pump has been inhibited by digitalis. The G-D equilibrium occurs because of the large impermeant charged macromolecules, such as proteins, inside the cell. The G-D equilibrium does not require energy for its establishment, i.e. it is passive. This contrasts with the normal resting potential (RP) of the cell, which requires active ion transport and use of metabolic energy to establish large ionic electrochemical gradients.  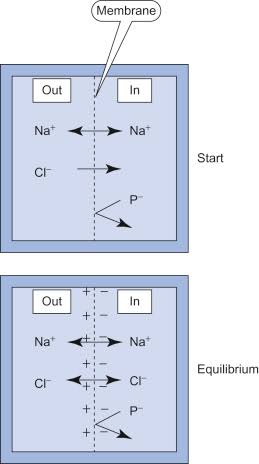