Answer to Question #108238 in Mechanics | Relativity for let me know

2).Applying F=m*a on B towards the wall,

Vertical component of the force F,

Total weight of the system

Now, it seems that the applied force may lift the blocks upward as the vertical component is larger than the weight of the blocks.

In such a phenomenon, the wall tries to stop that movement by generating a frictional force downwards.

Let's check whether this movement could be stopped by the maximum static fictional force available.Then the total downward force is,

It seems that the upward force is greater than the total downward force, making it is possible for the blocks to move upwards. So the blocks would move after applying this force.

Therefore, the new downward force is, 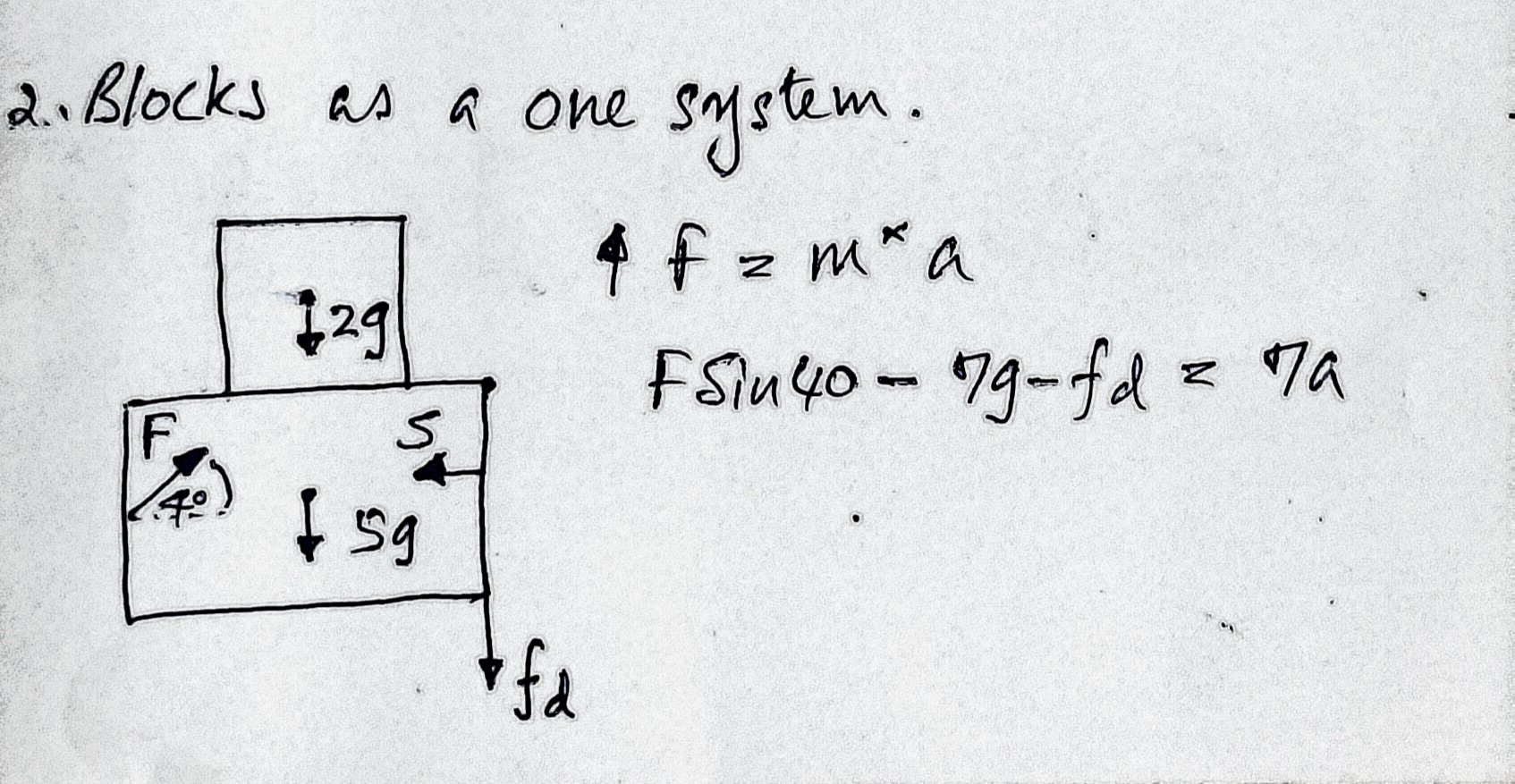 New on Blog
APPROVED BY CLIENTS
I am glad I got assistance, I'm am very happy with the service. thank you.