Answer to Question #227545 in Mechanical Engineering for Trilok

MOI about an axis through centre of mass

AD is the fixed link. The centres of mass for the links BC and CD lie at their mid-point whereas the centre of mass for link AB lies at A. Find the drive torque on the link AB at the instant when it rotates at an angular velocity of 47.5 rad s counter clockwise and angle DAI is 135 degree. Neglect gravity effects.
1
Expert's answer
2021-08-23T04:49:04-0400

The velocity of AB

The radial acceleration of AB is given by

Since A is fixed, the tangential component is zero. Also, the radial acceleration is parallel to the link AB.

1. Draw velocity vector of Ab parallel to link AB on a suitable scale.

2. draw the line at an angle perpendicular to BC from B on the velocity diagram. 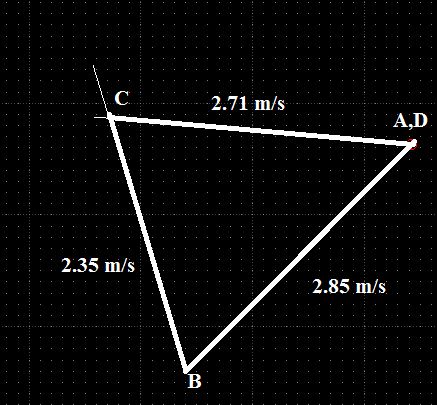 Measure the velocities we get

1. Since AB have only the radial acceleration draw the radial component parallel to link AB 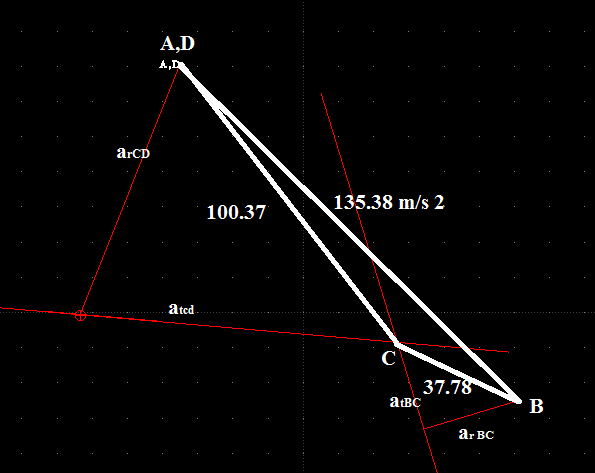 To find the acceleration due to masses we use similarity ratios

B2- distance between Band mass m2

(Since the center of mass is at center) 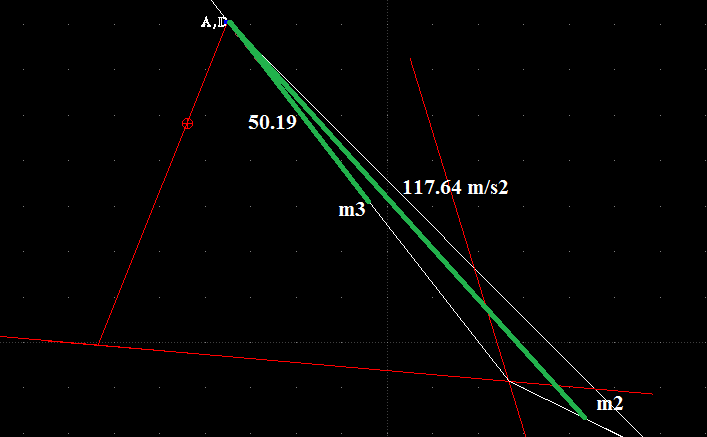 From the drawing we get

Then the inertia force is given by

The negative sign indicates the forces are acting in opposition to the direction of acceleration.

Also, the forces are displaced from the center of mass. Let the distance be h.

I - Moment of inertia

h - Perpendicular distance between the force and center of gravity.

New on Blog
APPROVED BY CLIENTS
I am completely at awe at the level of professionalism and accuracy Assignment Expert has executed on my behalf. The projects I gave them were not at all easy but they managed to efficiently deliver as promised.