Answer to Question #220324 in Mechanical Engineering for J MAYAKAYAKA

Most production processes generate defectives. However, the percentage of defectives will usually

be kept as low as possible. To check the production process, random samples or products are

Consider a certain mass-produced item. Suppose that the production process yields at most 2%

defectives, at least when the process is what is termed ‘under control’. To check the quality of the

production process, 400 of the items are randomly selected each hour. If at most 9 defectives are

detected, then it is concluded that the process is, still under control and nothing is done. But if 10 or

more defectives are found, then it is concluded that the production process is, in the terminology,

‘out of control’, and the process is stopped and investigated. Below, p denotes the proportion of

defectives in an hourly sample of size 400 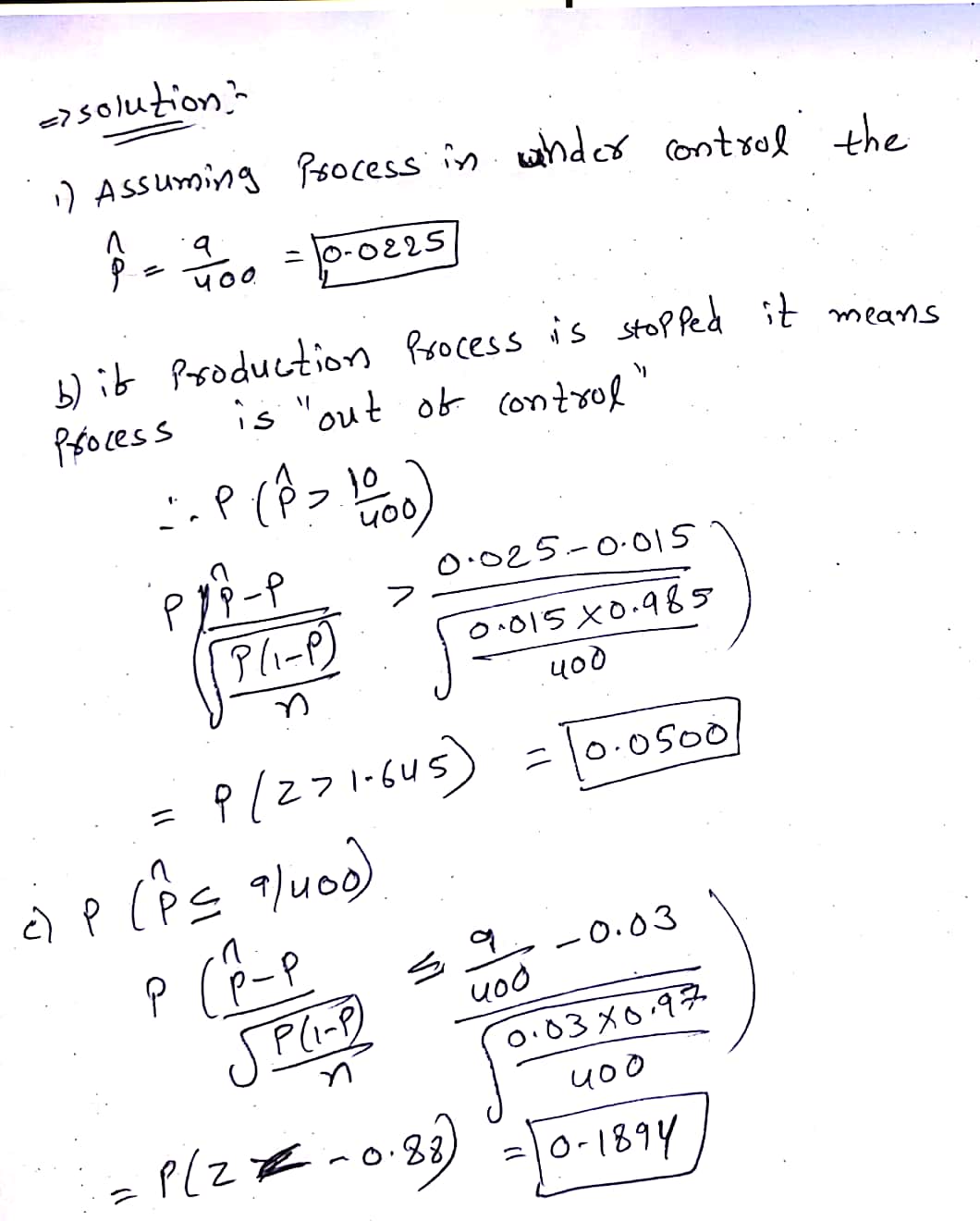 New on Blog
APPROVED BY CLIENTS
The quality of service was excellent, great communication keeping me up to date on the progress. Far exceeded my expectations. Definitely would use again.