Answer to Question #97562 in Electrical Engineering for Ojugbele Daniel

A simple ohmmeter can be made of 2 constant resistors, 1 variable resistor, a voltage source, and a galvanometer, or a voltmeter. One puts the unknown resistance to x, and adjusts the variable resistor 2 so that the current through the galvanometer is 0 or the voltage between the terminals of the Wheatstone bridge. As soon as 0 is obtained, find the unknown resistance: 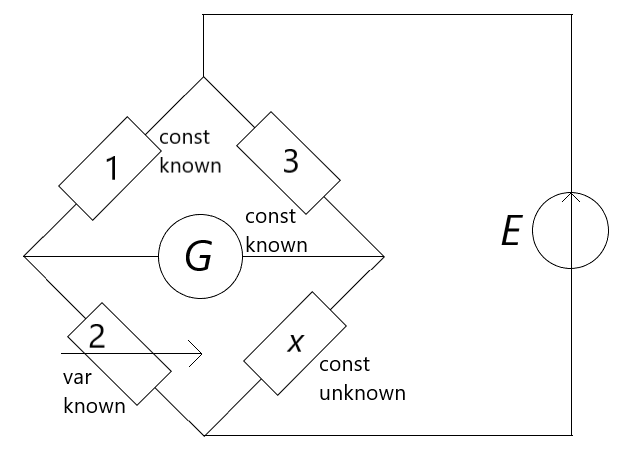 If the terminals where the x is supposed to be are opened, the ammeter's readings are

If "I_G=0," you should record the value of "R_2" and calculate the unknown resistance according to the first equation.

If there is a voltmeter instead of G, its readings would be

If "V_G=0," you should record the value of "R_2" ​and calculate the unknown resistance.

Any other readings of "I_G, V_G" mean that the Wheatstone's bridge is unbalanced, and the terminals of "R_x" are closed.