Answer to Question #205361 in Electrical Engineering for Bahawal Tahir

The RS232 connection is a connection that allows data to be exchanged between devices. It was created to transfer data between DTE (Data Terminal Equipment), a computer and DCE (Data Communication Equipment), or a modem. Parallel data interchange posed constraints, which necessitated the use of RS232. RS232 is a serial communication standard that allows data to be sent bit by bit. Although speedier USB (Universal Serial Bus) eventually superseded RS232, it remains popular in some places. RS232 used to have a 25-pin connector; however, it has since been reduced to merely 9 pins.

The majority of people just referred to it as a serial connection. It was formerly the most widely utilized method of data transport. The typical 9-pin DB9 cable is presumably familiar to you. Simply explained, an RS232 connection sends signals with a positive voltage for binary 0 and a negative value for binary 1.

RS422 was created to allow for faster data transfer over serial data lines than was previously achievable with RS232. RS422 can transmit data at up to 10 Mbps across distances of up to 50 feet (15.24 metres). 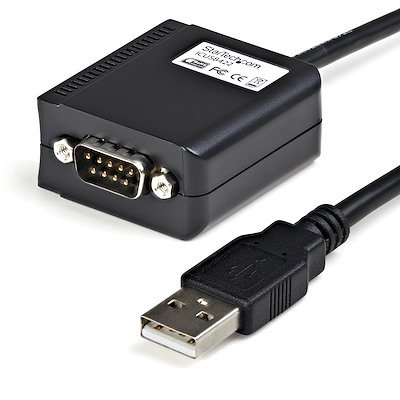 One of the less well-known serial communication protocols is RS423. Because serial ports with this interface are found on practically all computer systems, its older sibling, RS232, is well-known. The differential nature of RS422 and RS485 makes them beneficial in situations where noise immunity is a concern, such as industrial applications. The single-ended RS423 standard, an extension of RS232 with longer cable lengths and greater data speeds, stands somewhere in the middle of these two standards.

Multiple devices (up to 32) may communicate half-duplex via a single pair of wires, plus a ground wire (more on that later), across distances of up to 1200 meters (4000 ft) using RS-485. A "four-wire" network has one master port and one twisted pair connecting the transmitter to each of the "slave" receivers. 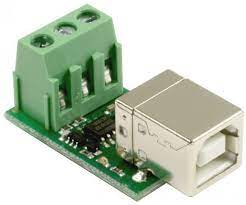 New on Blog
APPROVED BY CLIENTS
Thanks a lot! This service does help!