Answer to Question #97288 in Microeconomics for ABU 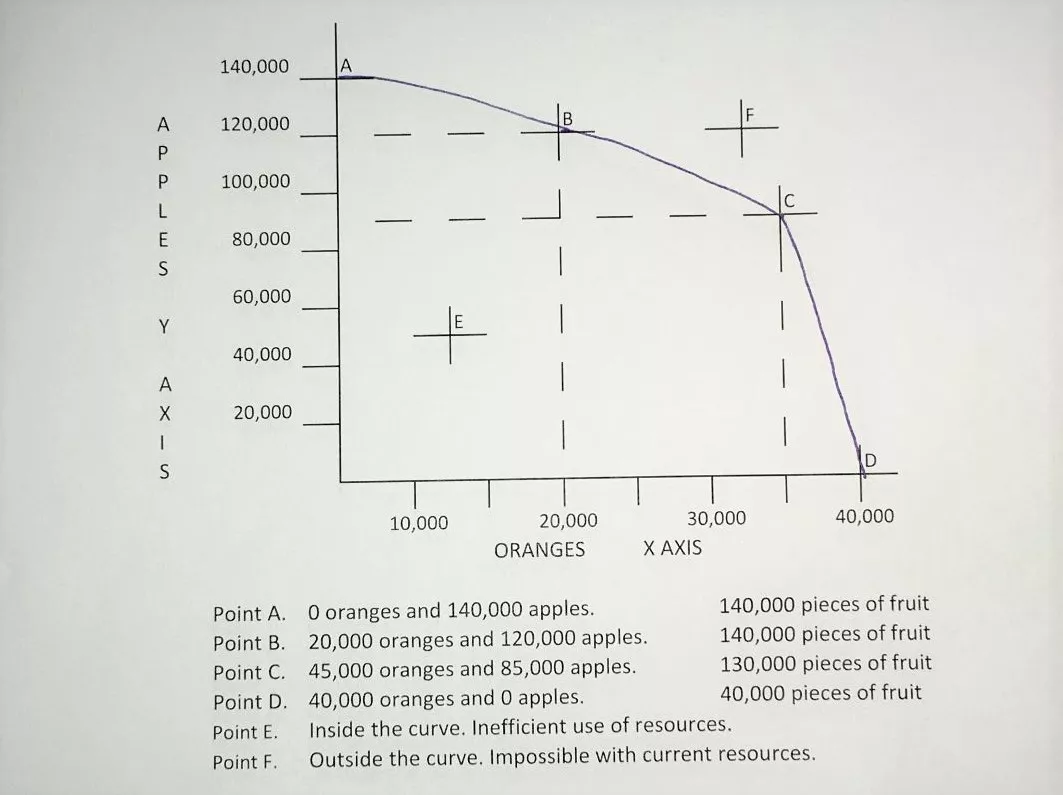 If an economy produces 20000 oranges and 120000 apples (point B), then to produce more oranges than apples will require low production of the apples. Therefore, production of one good limits the production of the other, for examples from the curve we see that if an economy produces 45000 oranges, it can only produce 85000 apples. Hence the concept of opportunity cost sets in because for a society to produce more of a good it will cost them the opportunity of making more of the other. The society for that reason has to make choices on which good to produce between the alternative goods.