Answer to Question #97175 in Microeconomics for Ahsan

2019-10-23T00:38:33-04:00
Answers>
Economics>
Microeconomics
Question #97175
Explain each of the following statements using
supply-and-demand diagrams.
a. “When a cold snap hits Florida, the price
of orange juice rises in supermarkets throughout
the country.”
b. “When the weather turns warm in New England
every summer, the price of hotel rooms in
Caribbean resorts plummets.”
c. “When a war breaks out in the Middle East, the
price of gasoline rises and the price of a used
Cadillac falls.”
1
Expert's answer
2019-10-28T11:47:30-0400

a.       Cold weather destroys the orange crop, reducing the supply of oranges. The new 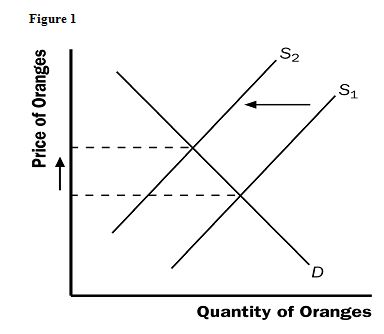 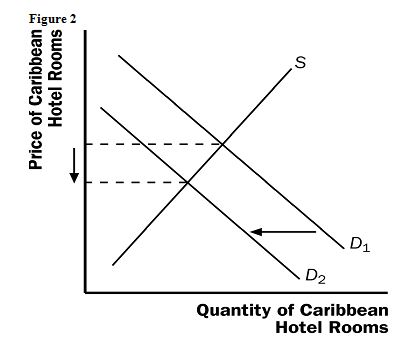 Increase in price for gasoline leads to increase in the cost of operating a gas guzzling automobile like Cadillac's.. As a result, the demand for use Cadillac's will decline, as people in the market for cars will not find Cadillac's as attractive. This leads to a shift in the demand curve for used Cadillac's to the left while the supply curve shifts to the right. The result is a decline in the equilibrium price of used Cadillac's. 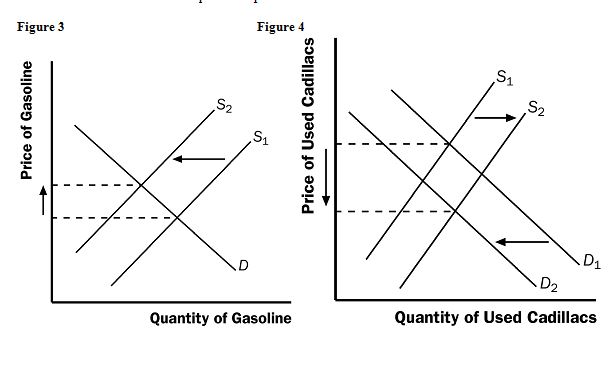 New on Blog
APPROVED BY CLIENTS
Question 1 got 80% Question 2 got 100% The explanation was great, still, wasn't 100% for the first question but would still give a 4.5 stars but I can't do half stars.