Answer to Question #191854 in Finance for mahima jain

Year Project A Project B

a. If you were told that each project’s cost of capital was 10%, which project should be selected using the NPV criteria?

b. What is each project’s IRR?

c. What is the regular payback period for these two projects?

d. What is the profitability index for each project if the cost of capital is 12%?

Since NPV is more of Project B as compared to Project A, hence it is

advisable to accept Project B 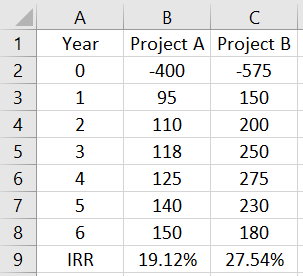 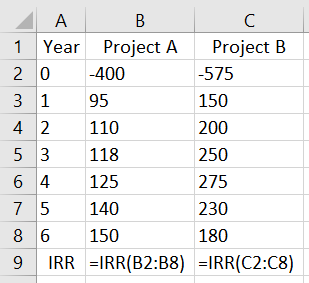 (c)Calculating the regular payback period for Project A: 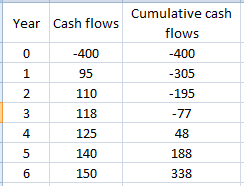 Calculating the regular payback period for Project B: 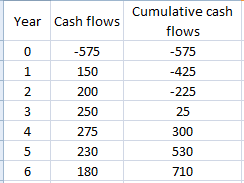 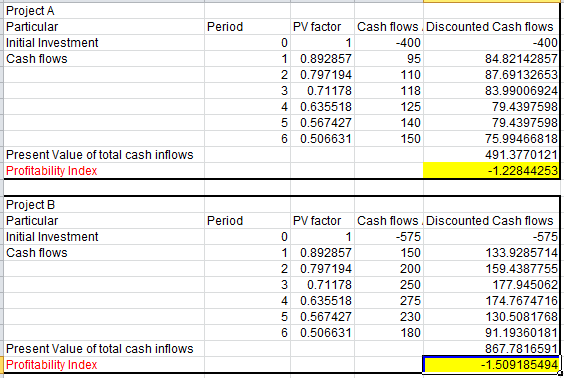