The supply of paper is described by the following equation:

where Qs is tons supplied per year and P is the price per ton. The demand equation is

where QD is tons demanded per year.

Because of the pollution associated with paper production, marginal external costs of K20

are associated with each ton of paper.

1) Assuming that paper is sold in a competitive market, graph the PMB and the PMC curves

2) What is the market price and how many tons of paper will be produced per year at that price?

3) Graph in the SMC curve and determine the price of the socially inefficient output given the marginal damage.

4) What would be the efficient price and the efficient annual output of paper at that point where the SMB curve is equal to the SMC curve?

5) What would be the deadweight loss of the socially inefficient output given the marginal damage?

6) How can a corrective tax achieve efficiency in this example? 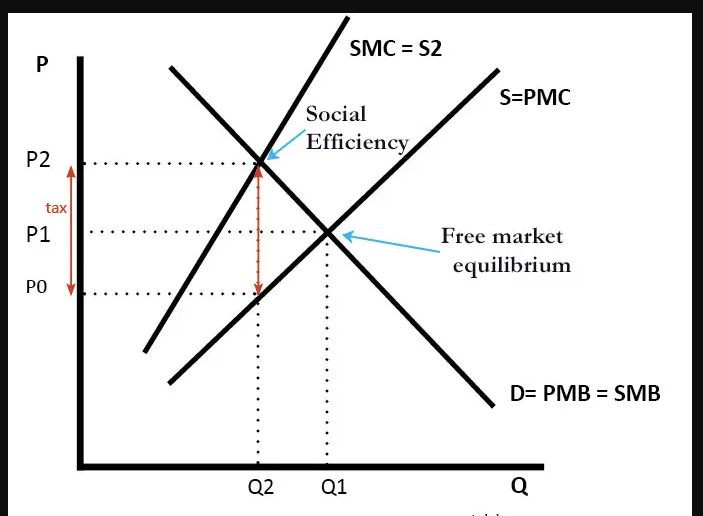 5: area between SMB and SMC

6: The company has to lower the equilibrium amount to achieve efficiency.