Answer to Question #146980 in Finance for Jenelle Daniel

2020-11-25T20:44:10-05:00
Answers>
Economics>
Finance
Question #146980
Canada Golf Club (CGC) is considering three independent projects for July 2021 tournament. The three projects are project A, project B and project C. Given the following cash flow information, calculate the payback period for each. If CGC requires a 3-year payback before an investment can be made, which project(s) would be accepted?

Project A and Project C are acceptable 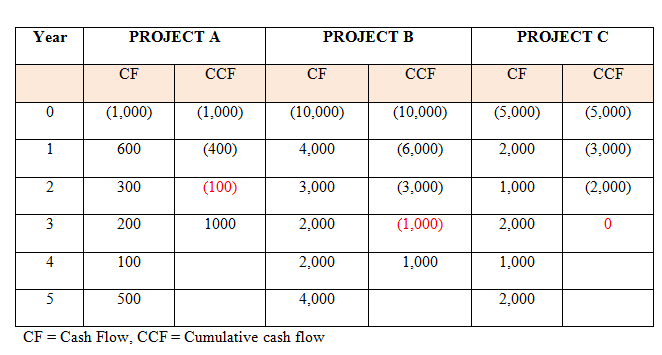 Projects A and C are acceptable. Project A has a payback that is less than 3 years, and project C has an exactly 3 year payback. Thus, they are both acceptable under the firm's decision criteria.

New on Blog
APPROVED BY CLIENTS
My English assignment turned out to be absolutely amazing. This is the best Homework helper thus far. I will continue to use this service as well as refer my friends and family. Thank you guys once again for your fantastic work.