Answer to Question #143795 in Finance for suhana

The project will require an initial investment of £162 million and will have a residual value of £20 million which will be received at the end of year 3 The project is expected to generate pre-tax operating cash flows of £80 million in year 1, £160 million in year 2 and £100 million in year 3 of the project The Greek parent company will charge the UK subsidiary €25 million management charges each year These have not been included in the operating cash flows shown above.The current spot rate is 1.3€ = £1 UK inflation is expected to be 4% and Greek inflation is expected to be 7%, UK tax is 20% Tax allowable depreciation will be granted in the UK on a straight line basis Greek tax is 30%, cost of capital 15% 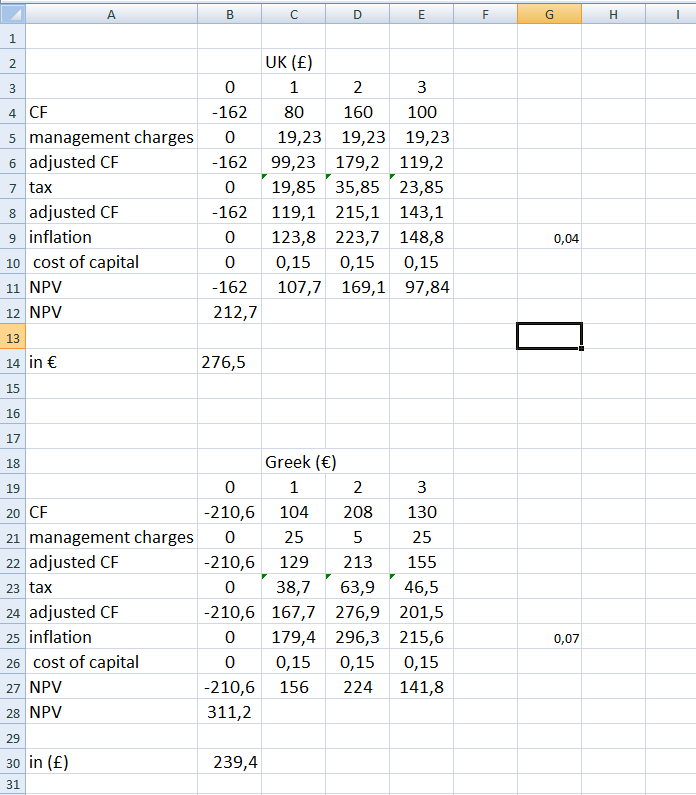