Answer to Question #86462 in Inorganic Chemistry for Arun Rawat

A monosaccharide often switches from the acyclic (open-chain) form to a cyclic form, through a nucleophilic addition reaction between the carbonyl group and one of the hydroxyls of the same molecule. The reaction creates a ring of carbon atoms closed by one bridging oxygen atom. The resulting molecule has a hemiacetal or hemiketal group, depending on whether the linear form was an aldose or a ketose. The reaction is easily reversed, yielding the original open-chain form.

In these cyclic forms, the ring usually has 5 or 6 atoms. These forms are called furanoses and pyranoses, respectively — by analogy with furan and pyran, the simplest compounds with the same carbon-oxygen ring (although they lack the double bonds of these two molecules). For example, the aldohexose glucose may form a hemiacetal linkage between the hydroxyl on carbon 1 and the oxygen on carbon 4, yielding a molecule with a 5-membered ring, called glucofuranose. The same reaction can take place between carbons 1 and 5 to form a molecule with a 6-membered ring, called glucopyranose. Cyclic forms with a 7-atom ring (the same of oxepane), rarely encountered, are called heptoses. For many monosaccharides (including glucose), the cyclic forms predominate, in the solid state and in solutions, and therefore the same name commonly is used for the open- and closed-chain isomers. Thus, for example, the term "glucose" may signify glucofuranose, glucopyranose, the open-chain form, or a mixture of the three. 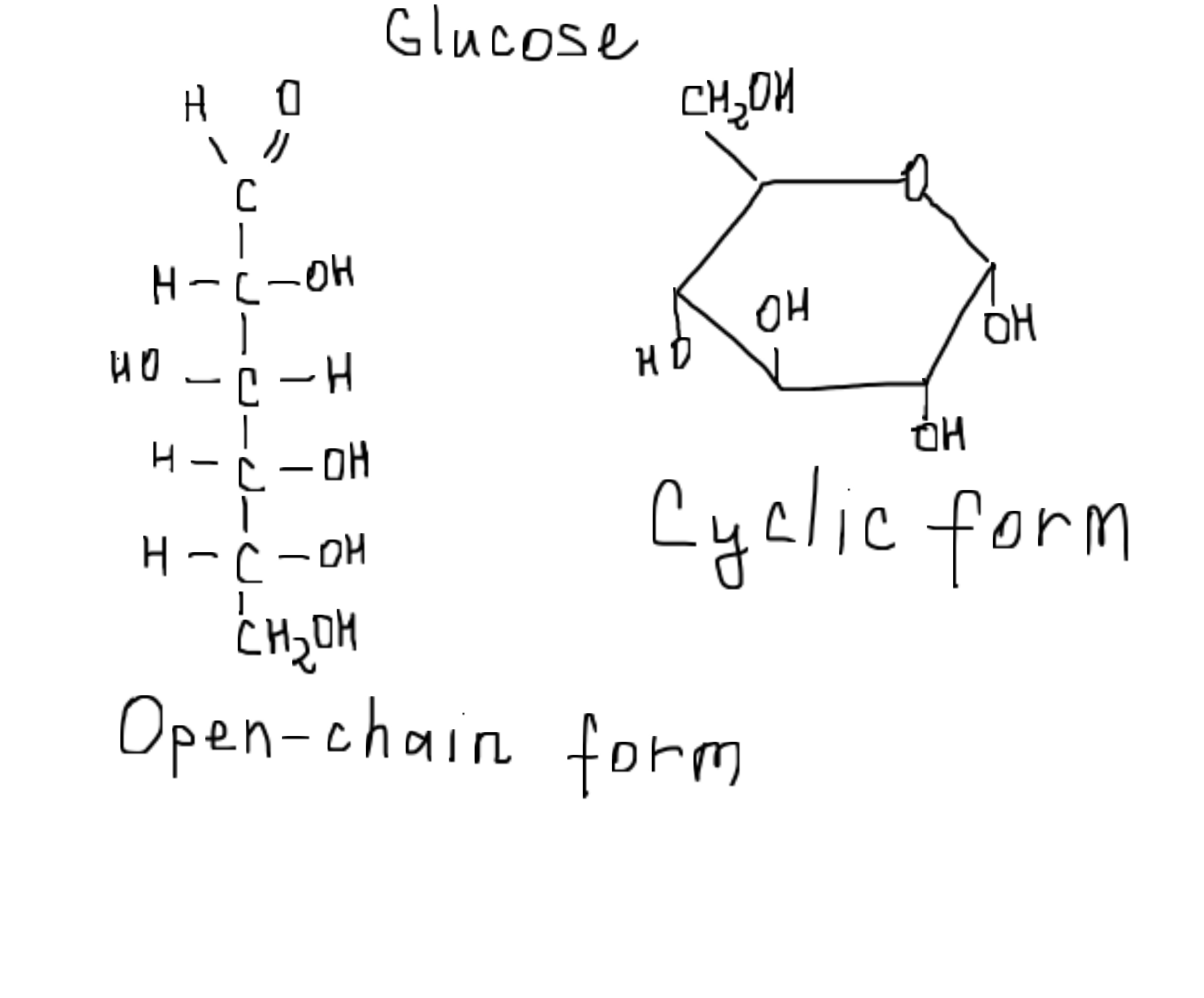