Answer to Question #84579 in Inorganic Chemistry for Sk Abidur Rahaman In Non Equivalent Hybridization all hybrid orbitals do not have the same shape, size and energy. Bond angles are also different. For example molecule of PCl5. Hybridization is sp3d

Two types of orbiatal geometry are posiible in this case:

In this case two types of hybrid orbitals are formed: four equivalent orbitals developed from s+px + py + dx2-y2 and one pure pz orbital, which lie perpendicular to the xy-plane 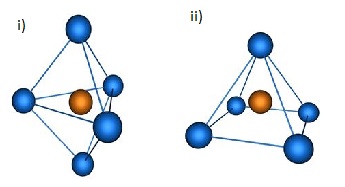 New on Blog
APPROVED BY CLIENTS
Excellent quality, as always, and finished well before the deadline. Thank you once more!