Answer to Question #131932 in Inorganic Chemistry for Abubakar

Explain by Newton’s laws, how a heavy ship floats on the water

Newton's third law states that for every action there is a reaction equal in magnitude and opposite in direction. 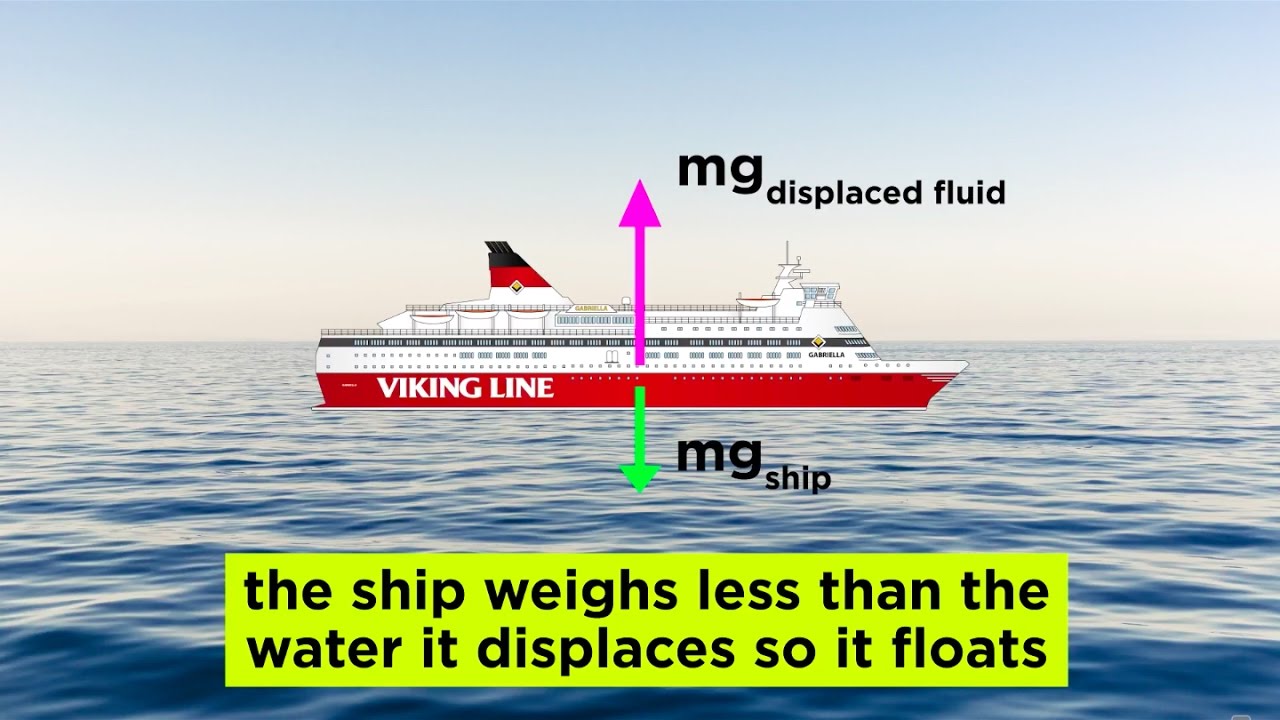 The gravitational force on an object (the pull of the Earth) is the one force you can always rely on to be present. If this were the only force acting on a floating object it would sink. To keep it stationary on the water there has to be another force, one acting upwards to balance the pull of the Earth. This is the buoyancy force. It is sometimes also called the upthrust of the water. This buoyancy forces supports the boat just as the table supported the teapot. The boat is an object in equilibrium, acted on by two forces.