Answer to Question #120334 in Inorganic Chemistry for Yuki

Thermal expansion of materials has a simple physical explanation:

The thermal energy received by the material is assimilated primarily in the form of vibrational energy of the atoms and molecules that make up the structure of the material.

The oscillatory motion of atoms or molecules is described by the model of an oscillator with an asymmetric potential: 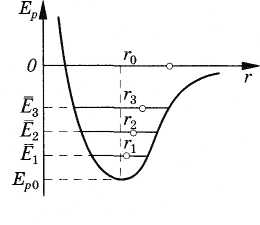 So, we can see that the particles repel each other more as they approach than they attract as they move away from each other.

This increase in the equilibrium distance corresponds to the thermal expansion.

New on Blog
APPROVED BY CLIENTS
Assignment was done before deadline and is awesome. Will use again for sure.