Answer to Question #85234 in Genetics for Aroosa

2019-02-16T19:01:56-0500
Answers>
Biology>
Genetics
Question #85234
Some coat colour in cats are sex-linked and are associated with X-chromosome.Blck coat colour is codominant to ginger.Tortoiseshell coat colour is phenotypic expression to heterozygous condition.
A female ginger mates with an unknown male and whose daughter mates with a different unknown male to produce black coated female kitten and two male kitten, one with all black fur and other with all ginger fur

The mother genotype is XGXG. As daughter inherits one X chromosome from mother, it has at least one XG allele. However, as daughter offspring include black female, it also has XB allele that was inherited from father. 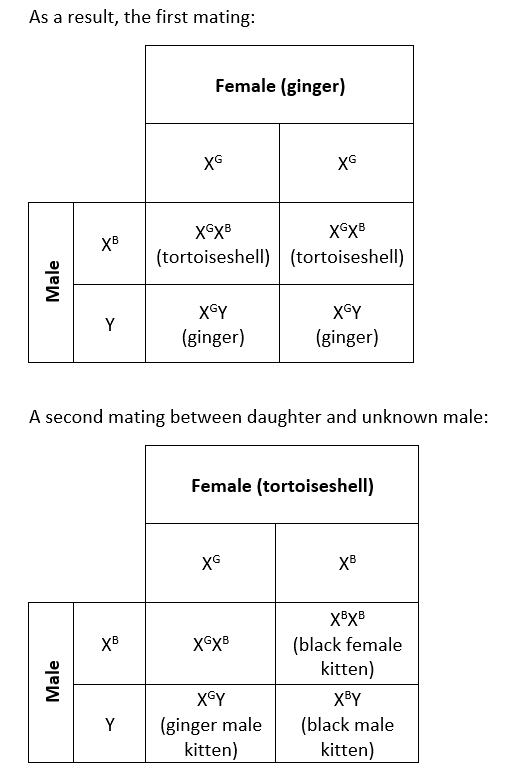 New on Blog
APPROVED BY CLIENTS
Life saver, thank you