Answer to Question #112720 in Cell Biology for Judy

Fats refer to an oily substance that occurs in the body under the skin or around the organs. Since the degree of saturation of fatty acids is high, fats are typically solid at room temperature. The unsaturated fat is known as oils, which are liquids at room temperature. Typically, fats have an animal origin, and oils have a plant origin. The two types of fats are the saturated fat and the trans fat.

Lipids refer to a class of organic molecules that are insoluble in water and soluble in organic solvents. They are a diverse group of molecules. Most of the lipids are liquids. However, some lipids such as fats are solids. The three major types of lipids are triglycerides, phospholipids, and steroids. The largest class of lipids is triglycerides.

Phospholipids are a derivative of triglycerides since they contain two fatty acid molecules. The third carbon of the glycerol molecule is attached to a phosphate group.

Steroids are a type of hydrophobic molecules mostly found as cholesterol and hormones. Cholesterol is the precursor of other types of steroids in the body. 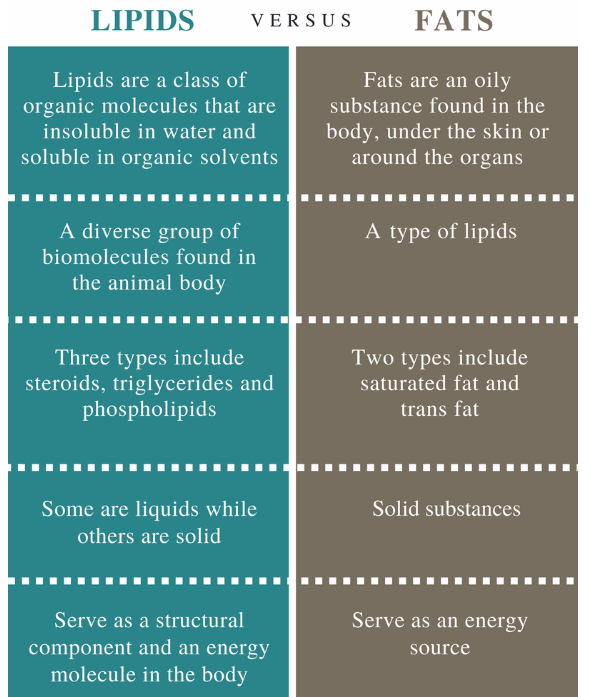 New on Blog
APPROVED BY CLIENTS
The quality of my assignment was amazing! I was able to get the correct answer the the problem and the documentation was very neat and easy to read. I really like this service and I will probably use this one from now on. The price is very reasonable as well, another service tried to charge me almost triple what you guys did. So thank you!