Answer to Question #112024 in Cell Biology for Suresh singh

A cell cycle is a series of events that take place in a cell as it grows and divides. A cell spends most of its time in what is called interphase, and during this time it grows, replicates its chromosomes, and prepares for cell division. The cell then leaves interphase, undergoes mitosis, and completes its division.

Cell cycle has different stages called G1, S, G2, and M. G1 is the stage where the cell is preparing to divide. To do this, it then moves into the S phase where the cell copies all the DNA. So, S stands for DNA synthesis. After the DNA is copied and there's a complete extra set of all the genetic material, the cell moves into the G2 stage, where it organizes and condenses the genetic material, or starts to condense the genetic material, and prepares to divide. The next stage is mitosis. Mitosis is the process by which a eukaryotic cell separates the chromosomes in its cell nucleus into two identical sets in two nuclei.

The relatively brief M phase consists of nuclear division (karyokinesis). It is a relatively short period of the cell cycle. M phase is complex and highly regulated. The sequence of events is divided into phases, corresponding to the completion of one set of activities and the start of the next. These phases are sequentially known as:

During the process of mitosis the pairs of chromosomes condense and attach to microtubules that pull the sister chromatids to opposite sides of the cell. Mitosis occurs exclusively in eukaryotic cells, but occurs in different ways in different species.

After M phase completes, cell division occurs and two cells are left, and the cell cycle can begin again. 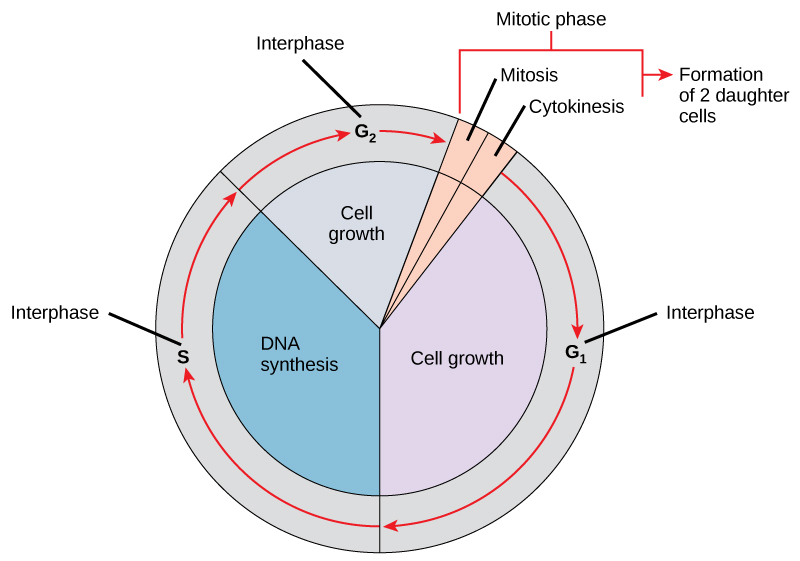 New on Blog
APPROVED BY CLIENTS
The best service on the internet! We recommend it anyone in school who needs so extra help. Very pleased! Thank you for your great service!