1.The Fall of Saigon, is also known as the Liberation of Saigon, which was the capture of Saigon, the capital of South Vietnam, by the People's Army of Vietnam and the Viet Cong on 30 April 1975.

2.And now during the Nixon's administration, and he was still doing the carpet bombing, still atrocities going on, but he, his whole goal was to kind of wind down the war, bring the troops out on a timetable without, kind of, an unofficial defeat. So there was the Paris Peace Accords in 1973, which officially brought peace between the North, the South, the North, and the Americans. This was aimed at making the Americans go away, because the war was considered as hugely unpopular. It was such a waste for American on so many dimensions. Especially, America's prestige as a global actor. After the Americans had left, the North Vietnam overrun the South. In 1975, after the North overrunning the South, and then later there's Saigon falling to the North which eventually became the Ho Chi Minh City. During this whole period, it was President Thieu who was in power, and just to show where his priorities are near the end, right when the North is falling to South Vietnam, he gives a speech to the Vietnamese people saying that he'll never desert them. Contrary to that, after the Americans leaving in 1975, he illegally amazed wealth estimated to be worth $15 million of gold and eventually he ended up settling in Massachusetts and died early 2000s. This was an unfortunate incident not only to the Vietnamese but also to the whole world. 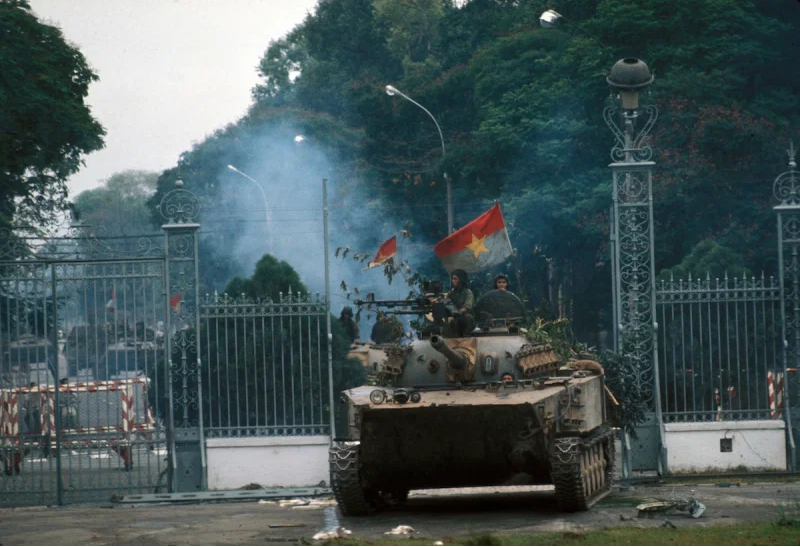