Answer to Question #98190 in Microeconomics for OBENG DARLINGTON

Marginal Cost (MC) is the amount added to the Total Cost while producing the extra one unit.MC= \frac{Difference in total cost} {Difference in production} 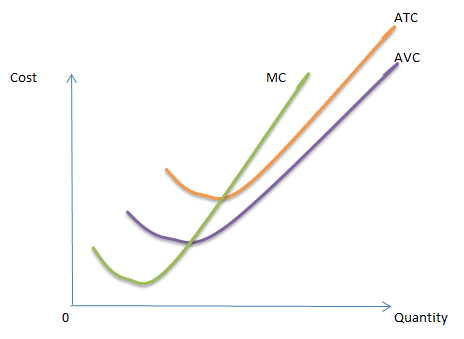 MC is U shape curve as a firm initially starts to increases it's outputs, TC and TVC at a diminishing rate. Due to economies of scale and diminishing returns, MC is decreasing until it reach the minimum point. when firm increasing the production the MC will increase. so do the MC curve.

New on Blog
APPROVED BY CLIENTS
They didnt do a good job at first but after my complain they really do try to correct and fix it. So that is a big plus.