Answer to Question #111286 in Microeconomics for ARVIND kumar

The long-run average cost curve shows the firm’s lowest cost per unit at each level of output, assuming that all factors of production are variable. The LRAC curve assumes that the firm has chosen the optimal factor mix, as described in the previous section, for producing any level of output. The costs it shows are therefore the lowest costs possible for each level of output. It is important to note, however, that this does not mean that the minimum points of each short-run ATC curves lie on the LRAC curve. This critical point is explained in the next paragraph and expanded upon even further in the next section. 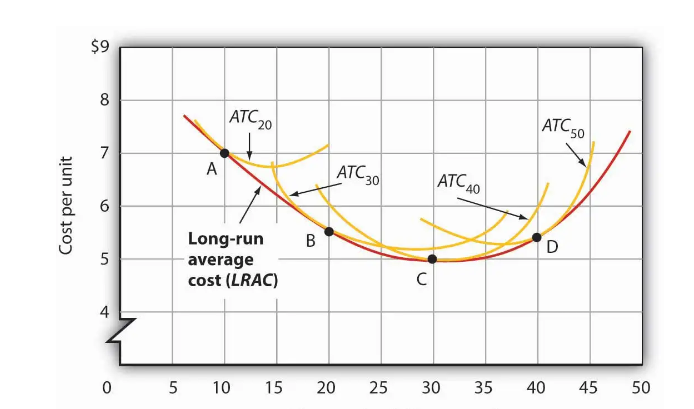 New on Blog
APPROVED BY CLIENTS
I took full mark and was correct answer, thank you so much