American Business Weekly “BusinessWeek” published a list of universities in the U.S., whose graduates earn the most. The rankings take into account the average starting salary of graduates of these institutions, the average salary and the maximum income of “former students”. 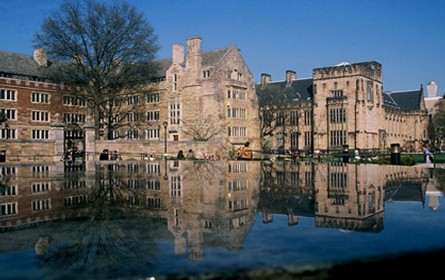 Yale University, whose history goes back to the beginning of three centuries, is considered as one of the most prestigious not only in the U.S. but around the world. Yale University is the forge of American elite, which has learned many prominent figures in science, art and politics. Yale was graduated with Samuel Morse (inventor of Morse code), a child psychologist Benjamin Spock (the books which are still studied by modern child psychologists), writer Sinclair Lewis, economist George Akerlof, President of “Pepsi” Indra Krishnamurthy Nooyi, Chairman and CEO of “Boeing” James McNerney, Richard Cheney, John Kerry (rival of George W. Bush in the 2004 election), Hillary Clinton. The list is long. It is enough to say that all U.S. presidents since 1989, graduated from Yale. 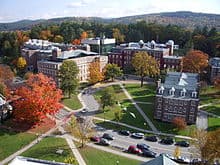 Dartmouth College is one of the oldest universities in the United States. Dartmouth College has the status of a university, and “college” in the name, it’s just a tradition. Dartmouth meets all the requirements of the university, in fact it can justifiably be considered the cradle of business education. It is in its Amos Tuck School of Business, founded in 1900, were the first to assign an MBA. 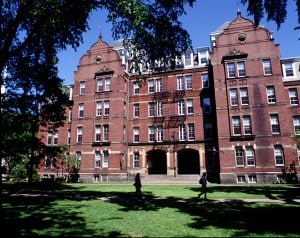 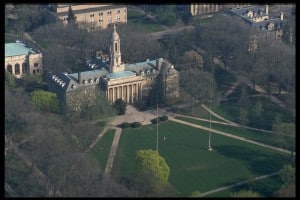 Pennsylvania State University is a private university in the U.S., one of the twenty most prestigious educational institutions in the country. It carries out research work in a wide range of humanitarian and technical sciences, founded in 1740 as a charity school and in 1755 converted to a college, the first president of which was Benjamin Franklin. The University is associated with the names of many prominent political figures of the time, including 24 delegates of the Continental Congress, 10 persons whose signatures are under the text of the Declaration of Independence and the nine people who signed the text of the U.S. Constitution. It was the first college in the country that received the status of University (1779). In 1765 there was founded North America’s first medical school and in 1881 – the first school of business, in 1896 – the world’s first clinical counseling. 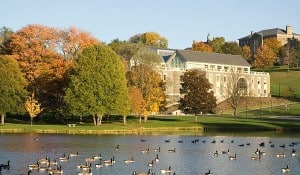 Colgate University is located in Hamilton, New York, USA. The school was founded in 1819 in a Baptist seminary and later became secular. The University is named after the family of Colgate, who made a great contribution to the fund of the university in the 19th century. Purpose of the university is to develop wise, thoughtful, critical thinkers and perceptive leaders by encouraging young men and women to fulfill their potential through residence in a community that values all forms of intellectual rigor and respects the complexity of human understanding. 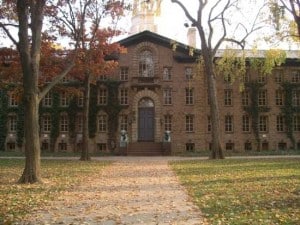 Princeton University is one of the oldest and most prestigious universities in the United States. Many prominent representatives of the world of science, and even Albert Einstein, taught there. Among university graduates there are many American politicians, researchers, writers, actors and other public figures. Professors at Princeton University are the authors of the famous language test TOEFL. 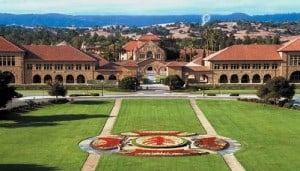 Stanford University was founded in 1891 by the then Governor of California Leland Stanford. Today the total number of students studying here is about 15,000 people as U.S. citizens and other countries. Among the graduates of the University are the founders of the company “Yahoo!” David Filo and Jerry Yang, founder of “Google” Sergey Brin and Larry Page, actress Sigourney Weaver, Secretary of State Condoleezza Rice, the U.S. government and many others. 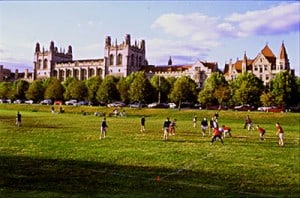 One of the best universities of the world and the most famous University of Chicago was founded in 1890 by the American Baptist Association with the assistance of the famous millionaire John D. Rockefeller. It is located in the famous Hyde Park in an area of 211 acres. Campus consists of more than 240 buildings. Among the graduates of the University of Chicago are about 80 Nobel laureates who have reached the highest achievements in the fields of physics, law, economics and sociology. According to the number of famous alumni, it is ranked third in the world. 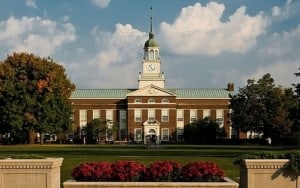 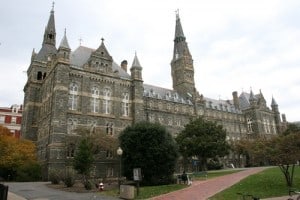 It is one of the largest and most respected educational institutions in the world, located in the U.S. capital city of Washington. The university was founded in 1789 as a small college, its first president was John Carroll. At university, guided by the principles of open dialogue and adherence to truth, about 40,000 students and 14,000 doctoral students, who come from different countries, study. Education at the University is available in several languages. The University has 61 academic buildings, dormitories, sports facilities and research laboratories.