A University should be a place of light, of liberty, and of learning.

The capital of Bavaria has the oldest university – Ludwig-Maximilian University. As an example of traditional university education in Germany, it is known throughout Europe for its scientific school, the advances in science and, of course, its teachers – because among them there are twelve winners of the Nobel Prize.

Ludwig-Maximilian University in Munich was founded in 1472 in Ingolstadt by Duke Ludwig the Rich with support of the Pope. During the period of the Reformation University played an important role in speaking out against Martin Luther and his followers, and then more than 200 years was under the influence of the Jesuits. In 1800, King Maximilian I of Bavaria moved it to Landshut, and since 1826, the university is in Munich. 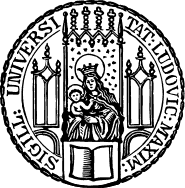 In the twentieth century the University has been expanded and new faculties appeared: veterinary, pedagogical, etc. Today the university is one of the largest educational and research centers in Germany, at it the only Center for Biotechnology in Europe, research institutes and Agro-physics astronomy, observatory with a telescope mirror operate. The eminent economists, including foreign ones, are constantly working at the Center for Economic Research. The University has seven scientific societies. Its scientists are involved in fourteen common German projects.

At the moment, 19 faculties trained 44 thousand students. 800 professors and three thousand scientists teach and conduct researches; it employs a large number of scientists and teachers from abroad. Overall staff consists of 14 thousand people. In general, university departments and more than 160 of its institutes scattered at 100 locations.

Each year, nearly 5,000 young professionals graduate from the University of Munich. 1400 scientists defend the thesis for a doctorate, and about 100 – thesis for teaching at the university.

Training is performed on 170 directions. There are almost all the humanities, as well as math and science. The University trains specialists in the field of law, economics, theology, medicine, psychology, education, sociology, history, philology. Also here there is a rare specialty, such as the history and culture of Albania and Egypt, the social and economic history, the economy of the countries of South-Eastern and Eastern Europe. In addition, the university has a clinic, where a series of research works on medicine are carried out. Clinic budget is more than 300 million Euros a year – a third part of the budget of the entire university!

Now when the opinion of ​​the significance of the University of Munich is presented, it must be said about the quality of the educational process. Bavarian university diploma of Ludwig-Maximilian is a great recommendation for a job almost for any employer in Germany, especially if it is a law degree. No less graduates of economics faculties are highly valued. The university has the opportunity to learn, getting a scholarship fund received from the Alexander von Humboldt Foundation. The University holds a leading position among the scholars. But there are negative aspects – competition in this university is high among the Germans themselves, overseas students in it a little bit. Their number is about 9%. Increased demands on the average score of the certificate also are applied to foreigners. However, in this case for a number of foreign students in the faculties there is a small quota of guaranteed places.

The first and basic requirement is excellent knowledge of German. The University also organized  special German language courses for students from other countries, where they can improve their skills. Classes are held both in parallel with the basic training, and during the holidays. German course is divided into 6 levels, workload at the first levels is 13-20 hours per week and  in the last it’s 4-20 hours.

Foreigners must have a high school diploma equivalent to the German Arbiter. The academic year is divided into two semesters, and applications to the various departments are carried out in different times. The winter semester begins in mid-October and ends in February. Summer semester is from April 23 to July 28. Applications for the winter semester are accepted until the beginning of October, in the year – until the beginning of April.

During active training and diligent preparation for the entrance exam any student needs rest. And there are quite enough possibilities: sit with a cup of tea in a cafe, walk around the Old City, read a book in the park, or just go to the movies. Weekends can be carried out more actively by travelling to neighboring towns. So just don’t lose the opportunity to try something new in your life!