Hurry up, celebration is coming! You’ve already prepared your terrible costume for the party but how about the decorations? Are you ready to shake the ghost into your friends so that they wouldn’t ever return to your place? Don’t tell us that you don’t have time and money for that, we’ll show you how to make bloodcurdling designs by yourself.  Take some handy stuff and let’s get started.

The cheapest and the easiest thing you can create is tasty but creepy snacks. You don’t have to run to the supermarket right away, just open your student’s fridge and take some easy-cooking products. With the help of onion, sausage and ketchup, you can make up a great Halloween snack in a form of hotdog fingers. Same can be achieved by cutting these fingers out of your old cold pizza. 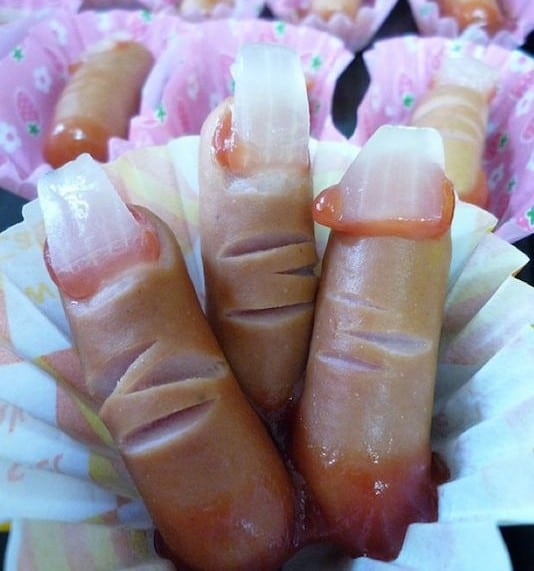 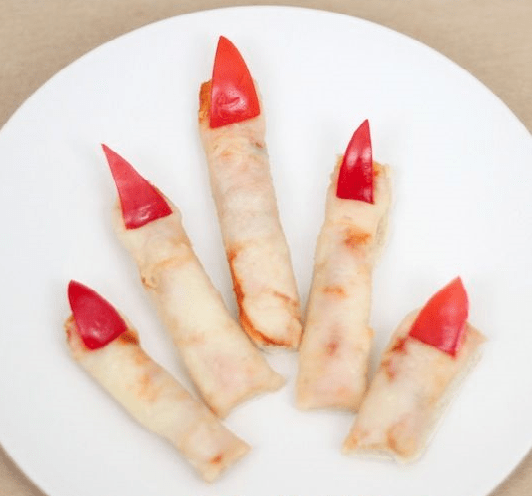 Besides, this very pizza can become more interesting if you put an “olive spider” on it. These creatures became the symbol of Halloween not only due to their freaky appearance but also thanks to the belief in their supernatural qualities while their webs are considered to be the symbol of time and fate. So, if you are that lucky guy with some eggs in a fridge, there’s another spider dish to do in 10 minutes. 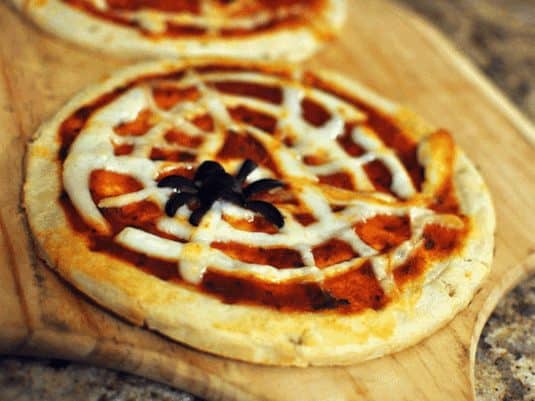 Next, decorations. Here you need to be even more creative, show your knowledge of biology and chemistry. Well, OK, if you cannot immediately generate bright ideas, catch this one. On this scary website, you’ll find the models for the head in a bottle. Haven’t heard yet? That’s a Halloween trend for sure, just check out how terribly this printout looks in a colored water. 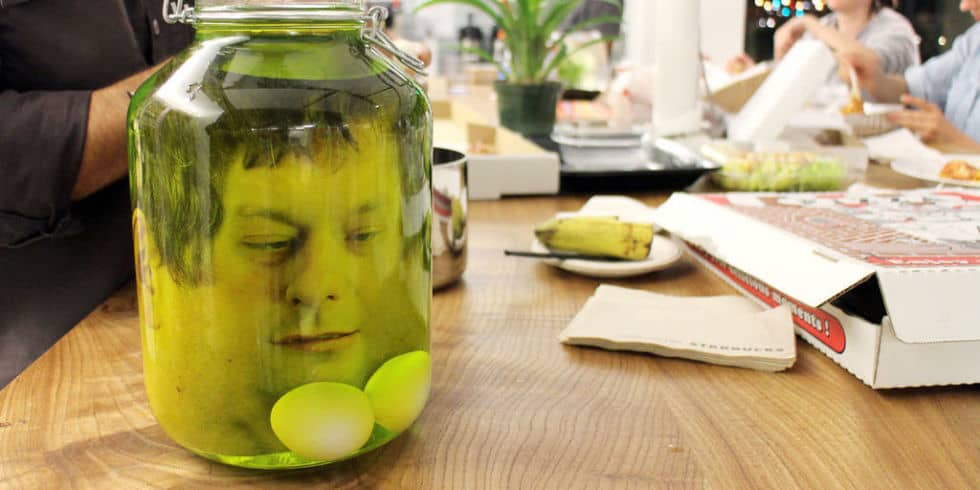 Let’s look at your interior now. Doesn’t it look boring? Let’s invite some guests. Using a piece cloth, balloons and glue, you may create awesome big and small ghosts. Just do it beforehand next time and they will fit in any room. Besides, ghosts are the one of the main attributes of Halloween as they represent the souls of the dead. You can entertain your friends with a fact that the appearance of ghosts firstly was recorded in the first century A.D. in the Roman Empire. However, much later, in 856 A.D. they disturbed Europe starting from Germany and came to the U.S only in 19th century. Nowadays, New York is the capital of ghosts stories; the most famous of them dwell on the ghosts of Mark Twain, Thomas Jefferson, and Alexander Hamilton. 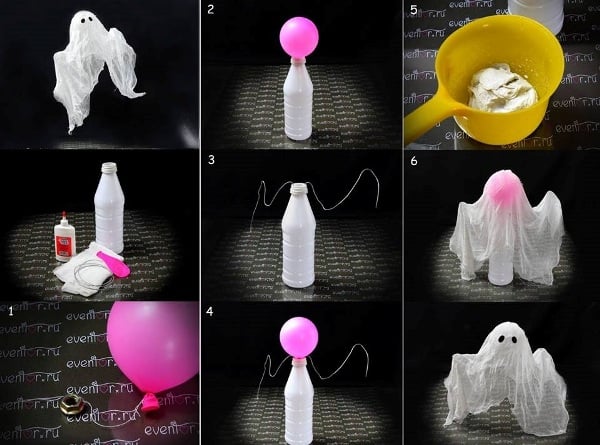 These are some pieces you can prepare on the spot, so don’t sit and wait until your friends come, organize the real atmosphere of horror. Good luck there and tell us how your party looks like.