In the Middle Ages (V – XVII) the image of Western society, its culture, pedagogy and education changed significantly compared to the ancient era. This was due to the approval of a new type of socio-economic relations, new forms of statehood and the transformation of culture due to the penetration of Christianity. 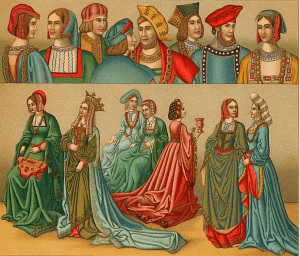 The philosophical and pedagogical thought of the early Middle Ages defined its main aim in the salvation. The core source of education was considered as Divine. The carriers of Christian pedagogy and morality were the ministers of Catholicity.

What dominated in the pedagogy of the early Middle Ages was an element of the believer’s authoritarianism. Many Christian ideologists openly showed hostility to the ideals of ancient education, demanding to eliminate them from the educational programs of the Greco-Roman literature. They believed that a monkhood could be the education model. Asceticism, assiduous reading of religious literature, eliminating addiction to the worldly goods, self-control of desires, thoughts and actions were the crucial human virtues that were inherited by the Middle Ages.

Church schools appeared as the heir of the ancient traditions. In Medieval Europe there were three basic types of church schools: almonry schools, episcopal (cathedral) and parochial schools. They were available primarily to upper classes of the Medieval society. And their main purpose was to train clergy.

The almonry schools were organized in monasteries, where the boys of 7-10 years were taught. Teachers were educated monks. The almonry schools were well stocked with hand-written books. Students were taught grammar, rhetoric, dialectic, and later arithmetic, geometry, astronomy and music theory. The episcopal (cathedral) schools opened in church centers, the seat of the Archdiocese head. In addition to reading, writing, numeracy and the law of God, grammar, rhetoric and dialectic were taught, and in some other cases – arithmetic, geometry, astronomy and music theory. The parochial schools were the most common. These schools were located in the house of a priest or the church lodge. A small group of boys attended them, where for a small fee a priest taught the children the law of God in Latin, writing and church singing.

Teaching methods were based on the development of retention and mechanical memory. The most common method of teaching was catechetical (in the “question-answer” form), through which a teacher introduced some abstract knowledge subjected to memorization without explaining the object or phenomenon itself.

Knightly culture also had a huge impact on the education system in the Medieval times. The feudal lords inculcated on their children the ideal of knightly education, including self-sacrifice, obedience and personal freedom at the same time. Along with the chivalrous ideal there was a program of “the seven knightly virtues”: horse riding, swimming, grasp of spear, fencing, hunting, playing chess, poetry composition and playing musical instruments. 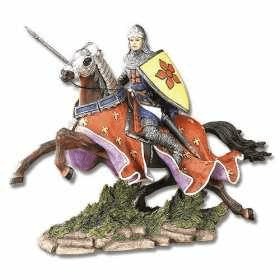 Women’s education was entirely domestic. Girls were often taught to read and write by chaplains and nuns. It was a widespread practice to give girls from noble families to convents, where they were taught Latin, studied the Bible and acquired honorable manners. Girls from unprivileged social classes were taught housekeeping, needlework, and the basics of the Bible.

In XII – XV c. school system of Medieval Europe changed. The first city and craft schools appeared. Craft schools were for children of artisans where they were given general education (reading, writing, arithmetic, geometry, and natural elements). The education in these schools was conducted in the native language and Latin.

At the end of XII – early XIII century the first universities appeared. A medieval university included the following departments: legal, medical, theological and philosophical. However, teaching began with a special, preparatory faculty, where the famous “seven liberal arts” (grammar, rhetoric, logic, arithmetic, geometry, astronomy and music) were taught. And as in Latin Art is “Arthas”, the department was called artistic, where teaching was conducted in Latin. Students were usually divided according to nations, communities.

The main teaching methods were lectures (mandatory daily and refreshing evening), and debates. The teacher (usually master or licentiate) assigned the topic. His assistant – bachelor – held the discussion, answered questions and commented on the performance. Typically, a great career of a scribe, a notary, judge, lawyer and prosecutor was waiting for a graduate student.