Answer to Question #173004 in Mechanical Engineering for Nana

1.. A vector B, when added to the vector C = 3.0i+4.0j, yields a resultant vector that is in the positive y-direction and has a magnitude equal to that of C. What is the magnitude of B?

.2   a. Will a body moving in a circular track have zero acceleration?  Explain your answer.

b. In a local bar, a customer slides an empty beer mug on the counter for a refill. The bartender does not see the mug, which slides off the counter and strikes the floor 1.40m from the base of the counter. If the height of the counter is 0.860m, (a) with what speed did the mug leave the counter, and (b) what was the direction of the mug’s velocity just before it hit the floor?

Since resultant vector is in the Y-direction, The X-component of vector R is zero.

Also given as magnitude o resultant vector is equal to that of vector C,

yields a resultant vector that is in the positive y-direction and has a magnitude equal to that of C. What is the magnitude of B? 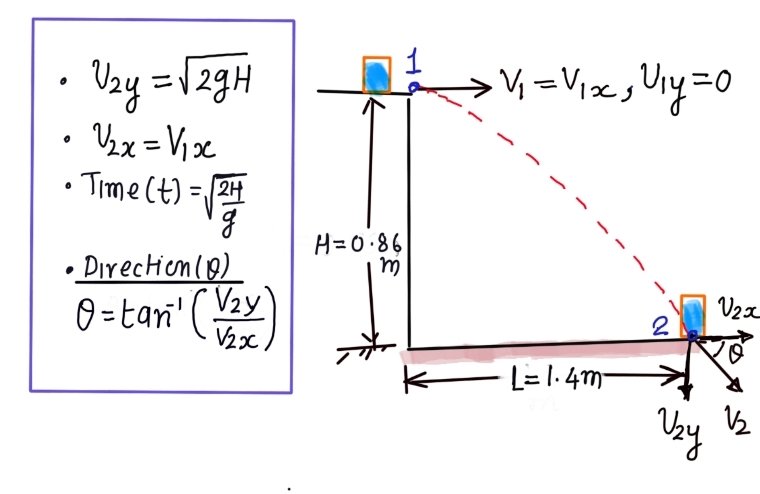 The vertical velocity at landing point-2:

The horizontal velocity at landing point-2 is:

New on Blog
APPROVED BY CLIENTS
!00% for my final assignment. Finished with an A for my Calc 2 class. Thanks a lot!