Answer to Question #184812 in Biochemistry for Emmers Occean

Communicate the impact [epinephrine/insulin/glucagon] signaling would have on the structure and function of [name of enzyme]. Use a diagram to support your response. Explain why this method of regulating [name of enzyme] is more or less sensitive than the regulation [molecule] elicits.

Glucagon and epinephrine trigger the breakdown of glycogen. Muscular activity or its anticipation leads to the release of epinephrine, from the adrenal medulla. Epinephrine in turn stimulates glycogen breakdown in muscle and the liver. The liver is more responsive to glucagon, a polypeptide secreted by the α cells of the pancreas when the blood-sugar level is low.

Insulin is produced by the beta cells of the pancreas, which are stimulated to release insulin as blood glucose levels rise. Glucagon raises blood glucose levels, eliciting the hyperglycemic effect, by stimulating the breakdown of glycogen to glucose in skeletal muscle cells and liver cells through glycogenolysis. 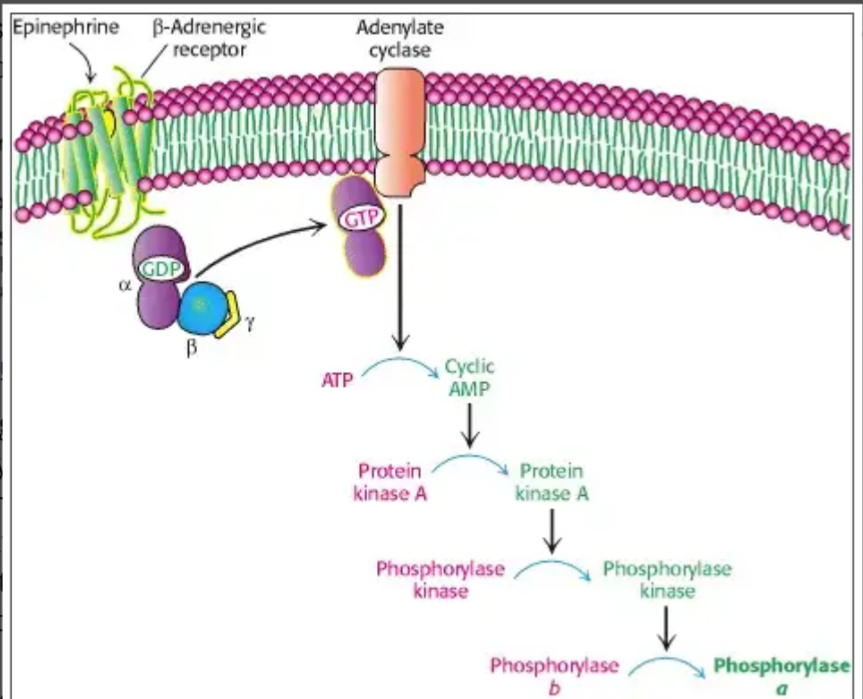